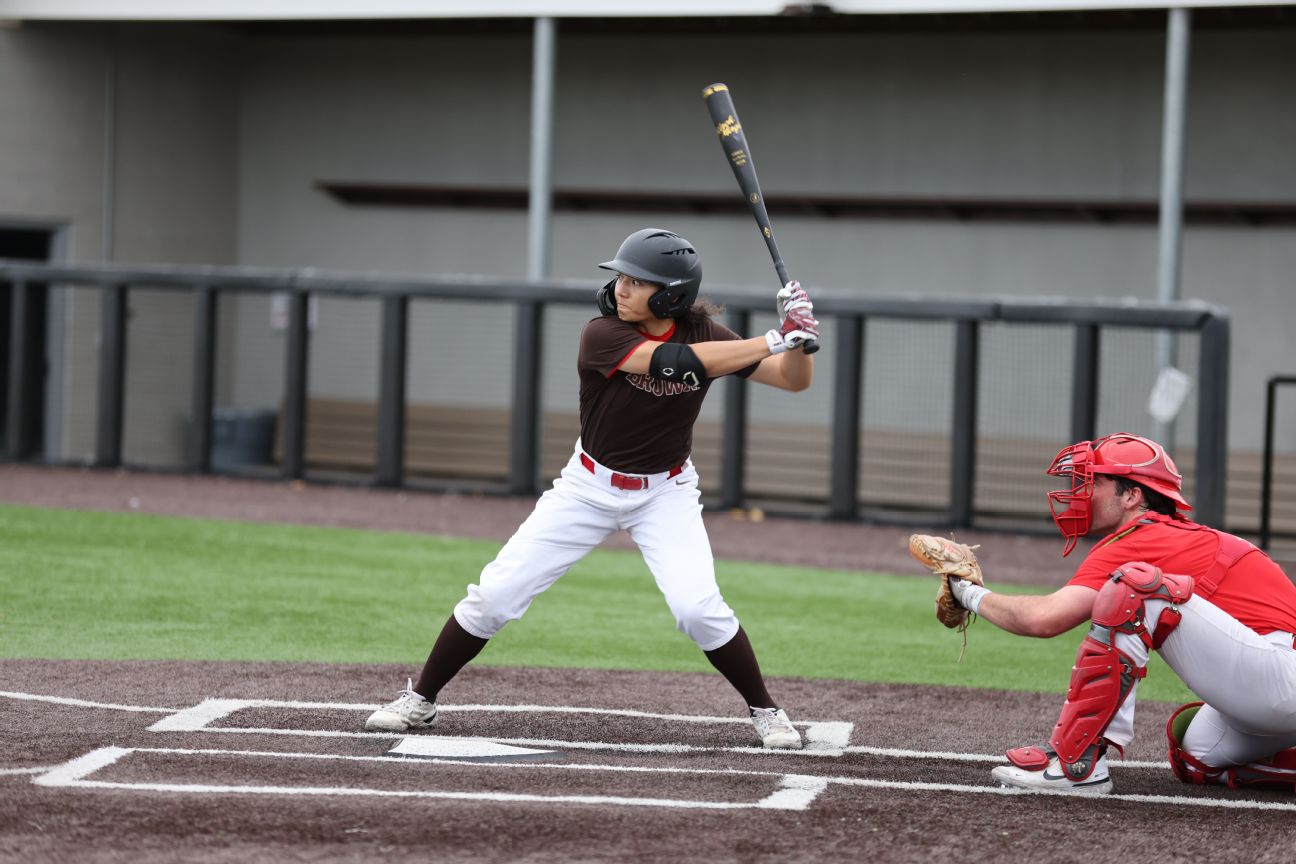 Olivia Pichardo, a freshman utility player and walk-on at Brown, became the first woman to make an active NCAA Division I baseball varsity roster this fall, the school announced on Monday.

Pichardo was a pitcher and outfielder for the US baseball women’s national team this past summer. She previously played varsity baseball in Queens, New York, and played club baseball for the New York Crush and Next Level baseball.

Brown baseball coach Grant Achilles said he was impressed by Pichardo’s athleticism during her initial tryout and in subsequent practices.

Achilles, who is entering his ninth season as coach, said Pichardo had “the most complete walk-on tryout I’ve seen from a player since becoming a head coach.”

A utility player who can play in the infield and outfield, Pichardo was one of 31 players to make the roster for the upcoming spring season.

Pichardo learned that she made the roster during a team meeting on Oct. 4.

“It was definitely a surreal moment for me because it’s something that I’ve wanted since eighth grade,” Pichardo said in a news release. “It’s kind of crazy to know that I’m living out my dream right now and my ideal college experience that I’ve always wanted, so that’s really cool.”

According to the non-profit organization Baseball for All, nearly 20 women have made college baseball rosters. Pichardo is the first to do so at the NCAA Division I level.

“I’m just honestly trying to develop myself as a baseball player and not trying to think too broadly,” Pichardo said in a news release. “For me, I always just wanted to play college baseball, no matter what division it was. This school happens to be a Division I team that I walked onto.”

A rare, endangered bird hadn’t been seen for 140 years — but was just caught on video, scientists say