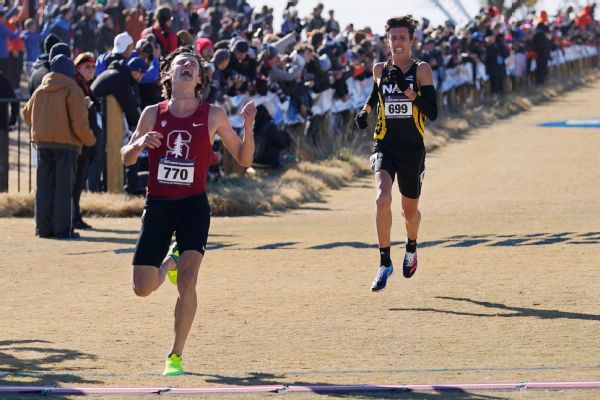 Hicks set a course record at the Oklahoma State Cross Country Course by crossing the finish line in 28:43.6, becoming the first Cardinal runner to win the individual title. Northern Arizona’s Nico Young was second in 28:44.5.

Northern Arizona claimed the men’s title for the third straight season and sixth in seven years. The Lumberjacks won a tiebreaker over Oklahoma State 3–2, marking the first time a tiebreaker determined the national champion in DI men’s history. The only other tie came in 1942, before a tiebreaker was established.

NC State won back-to-back team championships — the first to do so on the DI women’s side since 2009–10. NC State is the first program since Colorado in 2018 to win both the individual and team titles.

Strikes Across Iran Lead to Shuttered Shops and Ghost Towns

Strikes Across Iran Lead to Shuttered Shops and Ghost Towns