Concussion lawsuit against NCAA could be first to reach jury 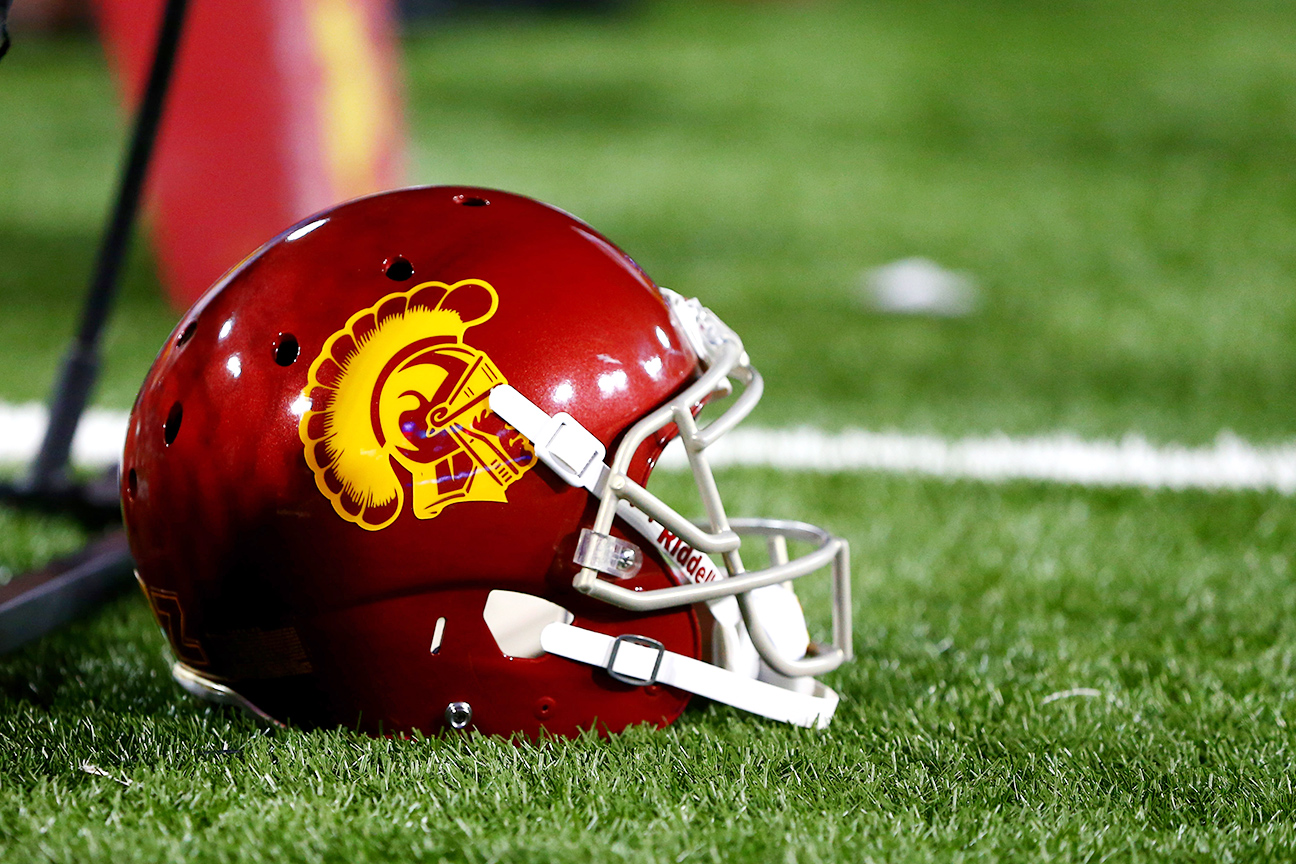 LOS ANGELES — A lawsuit alleging the NCAA failed to protect a former USC football player from repeated concussions is nearing trial in a Los Angeles court, with a jury seated Thursday in what could become a landmark case.

The suit filed by Matthew Gee’s widow says the former USC linebacker died in 2018 from permanent brain damage caused by countless blows to the head he took while playing for the 1990 Rose Bowl-winning team, which had a roster that also included future NFL star Junior Seau.

Of the hundreds of wrongful death and personal injury lawsuits brought by college football players against the NCAA in the past decade, Gee’s is only the second to head toward trial and could be the first to reach a jury.

The issue of concussions in sports, and in football in particular, has been front and center in recent years as research has discovered more about long-term effects of repeated head trauma in problems ranging from headaches to depression and, sometimes, early onset Parkinson’s or Alzheimer’s disease.

“For years [the NCAA] has kept players like Matthew Gee and the public in the dark about an epidemic that was slowly killing college athletes,” Alana Gee’s lawsuit said. “Long after they played their last game, they are left with a series of neurological conditions that could slowly strangle their brains.”

The NCAA, the governing body of college athletics, said it wasn’t responsible for Gee’s tragic death, which it blamed on heavy drinking, drugs and other ailments.

“Mr. Gee used alcohol and drugs to cope with a traumatic childhood, to fill in the loss of identity he felt after his football playing days ended, and to numb the chronic and increasing pain caused by numerous health issues,” NCAA lawyers wrote in a court filing.

A 2018 trial in Texas led to a swift settlement after several days of testimony by witnesses for the plaintiff, the widow of Greg Ploetz, who played defense for Texas in the late 1960s.

In 2016, the NCAA agreed to settle a class-action concussion lawsuit, paying $70 million to monitor the medical conditions of former college athletes, another $5 million toward medical research and payments up to $5,000 toward individual players claiming injuries.

The NFL has been hit with similar suits and eventually agreed to a settlement covering 20,000 retired players providing up to $4 million for a death involving chronic traumatic encephalopathy, also known as CTE, a degenerative brain disease found in athletes and military veterans who suffered repetitive brain injuries.

Gee, 49, was one of five linebackers on the 1989 Trojans squad who died before turning 50. As with Seau, who killed himself in 2012, Gee’s brain was examined posthumously and found to have CTE.

The defense has sought to exclude any testimony about Gee’s teammates, and the NCAA said there was no medical evidence Gee suffered from concussions at USC.

Two ex-teammates, however, testified at deposits about blows they routinely took in an era when they were told to hit with their heads.

Mike Salmon, who played defense at USC and went on to the NFL’s San Francisco 49ers and Buffalo Bills, said he distinctly recalled Gee and other linebackers being “out of it” during hard-hitting practices.

“Matt hit like a truck,” Salmon said. “I saw him quite a bit coming back to the huddle. You could tell … he wasn’t all there.”

Testified former USC nose tackle Gene Fruge: “It was our job to make helmet-to-helmet contact in the ’80s. There was no question about it. That was your job, to explode the man in front of you.”

The NCAA, which in 2010 required schools to have a concussion protocol, said it gave them “state-of-the-art” information about head injury risks known at the time Gee played. It said long-term effects of head injuries weren’t well understood then.

Gee’s lawsuit said the debilitating effects of concussions and other traumatic brain impacts have been known for about a century, first from studies of “punch drunk” boxers and later from findings in football and other contact sports.

“The NCAA knew of the harmful effects … on athletes for decades, they ignored these facts and failed to institute any meaningful methods of warning and/or protecting the athletes,” the lawsuit said. “For the NCAA, the continued expansion and operation of college football was simply too profitable to put at risk.”

After graduating in 1992, Gee was cut by the Raiders in training camp. He married Alana, his college sweetheart, and they had three children as he ran his own insurance company in Southern California. For 20 years, he lived a “relatively normal” life, the suit said.

But that began to change around 2013, when he began to lose control of his emotions, the lawsuit said. He became angry, confused and depressed. He drunk heavily. He told a doctor days would go by without him being able to recall what happened.

When he died on New Year’s Eve 2018, the preliminary cause of death was listed as the combined toxic effects of alcohol and cocaine with other significant conditions of cardiovascular disease, cirrhosis and obesity.

Joseph Low, a Los Angeles lawyer for clients with traumatic brain injury who is not involved in the case, said drug and alcohol abuse can become a symptom of brain injuries as those suffering try to self-medicate, particularly as they deteriorate.

Blaming Gee’s death on substance abuse will not shield the NCAA from evidence showing he had CTE, which is not caused by drugs and alcohol, Low said.

“The whole discussion about drugs and alcohol isn’t going to get it done for them. That’s a distraction,” Low said. “It’s really a disgusting way to do character assassination. It’s what you call defense strategy 101.”