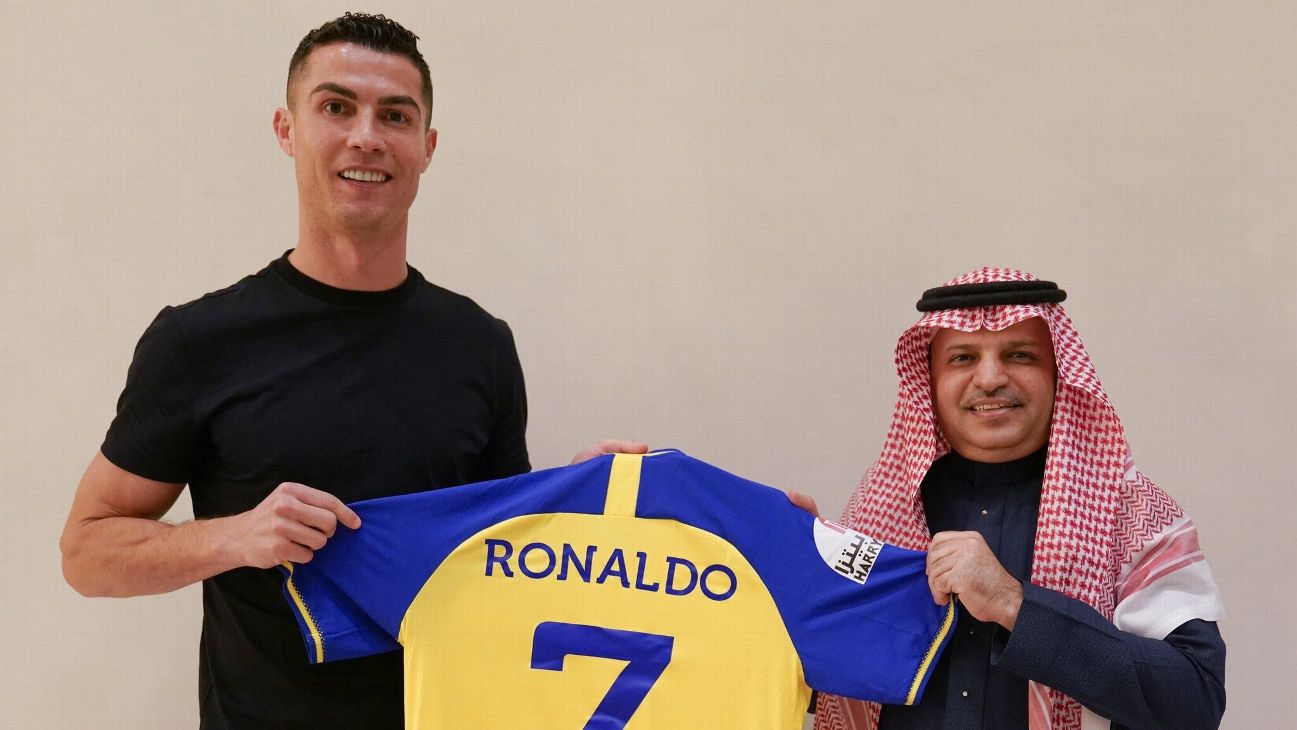 Ronaldo signed a contract through the summer of 2025 and, according to reports, will receive $75 million per year to make him the highest paid player in history. Sources did not dispute that figure to ESPN.

“I am excited to experience a new football league in a different country,” Ronaldo said in Al-Nassr’s statement announcing the deal.

“The vision of what Al Nassr are doing and developing in Saudi Arabia both in terms of men’s and women’s football is very inspiring. We can see from Saudi Arabia’s recent performance at the World Cup that this is a country with big football ambitions and a lot of potential.

“I am fortunate that I have won everything I set out to win in European football and feel now that this is the right moment to share my experience in Asia. I am looking forward to joining my new teammates and together with them help the Club to achieve success.”

Sources told ESPN that the 37-year-old trained alone at Real Madrid’s Valdebebas training ground earlier this month as he prepared to make a decision on his future following Portugal’s exit from the World Cup.

Ronaldo endured mixed fortunes at the tournament in Qatar, becoming the first male player to score in five World Cups but coming on only as a second-half substitute as Portugal lost 1–0 to Morocco in the quarterfinals.

– Ogden: What Ronaldo can expect in the Saudi Pro League
– Ronaldo’s move joins list of surprise transfers out of Europe

The five-time Ballon d’Or winner was coy about his international future following that defeat, saying he would “never turn my back on my teammates and my country” but adding that he would “let time be a good advisor and allow everyone to draw their own conclusions.”

Earlier this month United boss Erik ten Hag said the club were “looking to the future” after the forward’s departure, explaining that Ronaldo was “gone and it’s the past.”

Al-Nassr, who are based in Riyadh, play in the Saudi Pro League and have the second most top-flight league titles in the country’s history.

“This is more than history in the making,” Al-Nassr president Musalli Almuammar said in a statement. “This is a signing that will not only inspire our club to achieve even greater success but inspire our league, our nation and future generations, boys and girls to be the best version of themselves.

“He is a special footballer and a special person whose impact is felt far beyond football. Cristiano is joining a club with big ambitions, a competitive club amongst the very best in Asia and will be welcomed to a country that is making massive progress on and off the pitch with opportunities for all.

“But first and foremost, we can’t wait to see him in the number 7 shirt of Al Nassr doing what he does best, scoring goals, winning titles and bringing joy to those who love the beautiful game.”