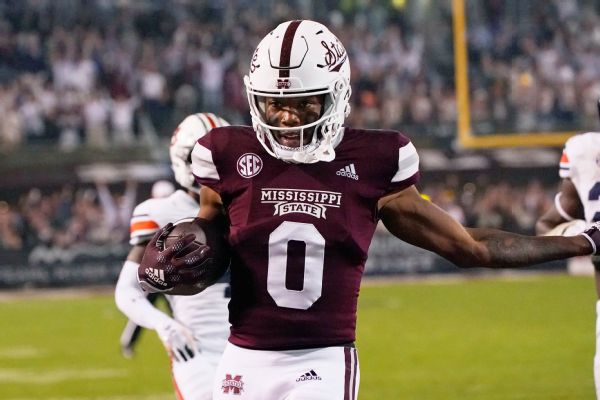 Thomas, a junior from Eufaula, Alabama, recently transferred to Georgia from Mississippi State. He was released from the Athens-Clarke County Jail on Monday after posting bond.

Thomas was arrested by University of Georgia police at 4:40 a.m. ET Monday, according to jail records.

According to an arrest warrant obtained by ESPN on Monday, Thomas is accused of felony false imprisonment because he allegedly confined and detained the victim “without legal authority by standing in front of the dorm room door, blocking the exit, telling her she could not leave.” “

Thomas is also accused of misdemeanor battery because he allegedly “did intentionally cause visible bodily harm.” [by] causing bruising to the right biceps and bruising and abrasion to her shins.”

Under University of Georgia Athletic Association guidelines, Thomas faces an immediate suspension after being charged with a felony.

“We are aware of a reported incident involving conduct by one of our student-athletes,” the Georgia athletics department said in a statement on Monday. “While we are limited in what we can say about the incident, the report is disappointing and not reflective of the high standards we have for our student-athletes on and off the field. In addition to following internal Athletic Association policies, we will be working closely with our administration to ensure we cooperate fully with all law enforcement and campus protocols.”

Thomas, 6-foot-1 and 192 pounds, was a key addition for the Bulldogs, who lost receiver Adonai Mitchell to the transfer portal. Mitchell announced Saturday that he’s transferring to Texas. Thomas led Mississippi State with 44 receptions for 626 yards with seven touchdowns in 2022.

Georgia also added Missouri’s Dominic Lovett, who led the Tigers with 56 catches for 846 yards with three scores this past season.

Bee-harming pesticide use given emergency authorization