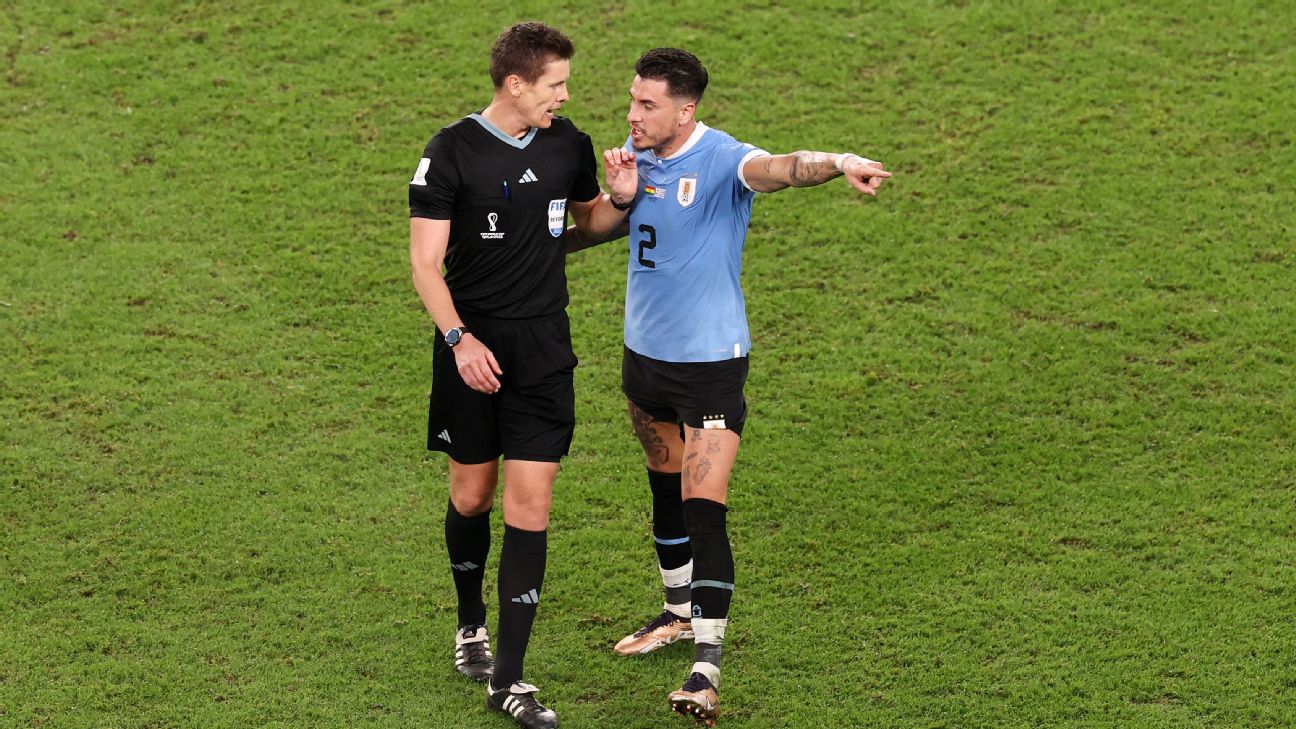 Four Uruguayan players were charged with offensive behavior by FIFA on Monday for their angry pursuit of the referee after being eliminated from the World Cup.

The Uruguay team thought they should have been awarded a penalty kick in stoppage time of their 2-0 victory over Ghana on Friday.

One more goal would have sent Uruguay to the round of 16 instead of South Korea.

Cavani, Godin and Muslera were each playing at their fourth World Cup, and Gimenez was at his third.

They were among a group of players who confronted German referee Daniel Siebert after the final whistle at Al Janoub Stadium.

FIFA did not specify a timetable for its disciplinary committee to rule on the cases.

FIFA also brought disciplinary charges against Serbia on Monday for alleged misconduct by players and fans, including offensive chants at a World Cup match against Switzerland.

Tensions flared in the stands and on the field in a rematch of their stormy game at the 2018 World Cup that revived ethnic Balkan rivalries.

Switzerland were captained by Granit Xhaka in Friday’s match, and Xherdan Shaqiri scored the opening goal in a 3–2 win that eliminated Serbia.

Both Swiss players have ethnic Albanian roots and family ties to Kosovo, which declared independence from Serbia in 2008.