Jim Tressel to step down as Youngstown state president in February 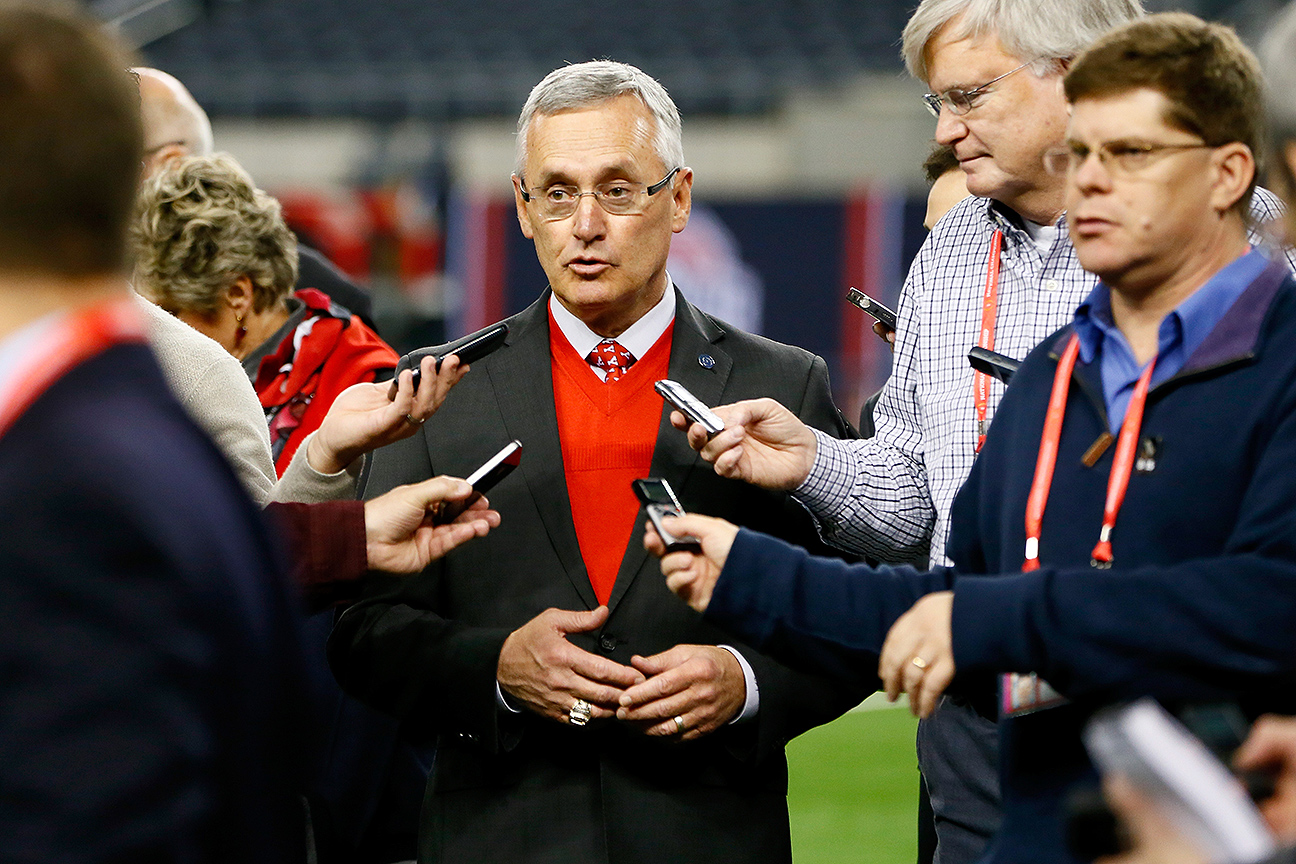 Former Ohio State coach Jim Tressel will step down as Youngstown State’s president in February, he informed the school’s board of trustees Wednesday.

Tressel, 69, has served as Youngstown State’s president since 2014 after working as an executive vice president at Akron. He coached Youngstown State from 1986 to 2000, winning four FCS (then Division I-AA) national titles and also serving as athletic director, before leaving for the Ohio State job in January 2001. Tressel led Ohio State to a national championship in 2002 and went 106-22 with six Big Ten titles before resigning amid NCAA violations in May 2011.

In an email to the Youngstown State community, Tressel wrote that serving as president was “a blessing and labor of love,” and that he was most proud of the school’s improved graduation rates and improvements on campus and with fundraising.

“I cannot thank my family enough for allowing my schedule, and the needs of our university, to take priority and center stage,” wrote Tressel. “It is now only fair to have [wife] Ellen, our wonderful children and grandchildren, extended family, friends, and former students set the schedule.”

Tressel wrote that he would work “seven days a week” until his departure on Feb. 1, 2023. Youngstown State is still finalizing plans to search for Tressel’s successor.

Who will bear more burden?