A timeline of Alec and Hilaria Baldwin’s relationship 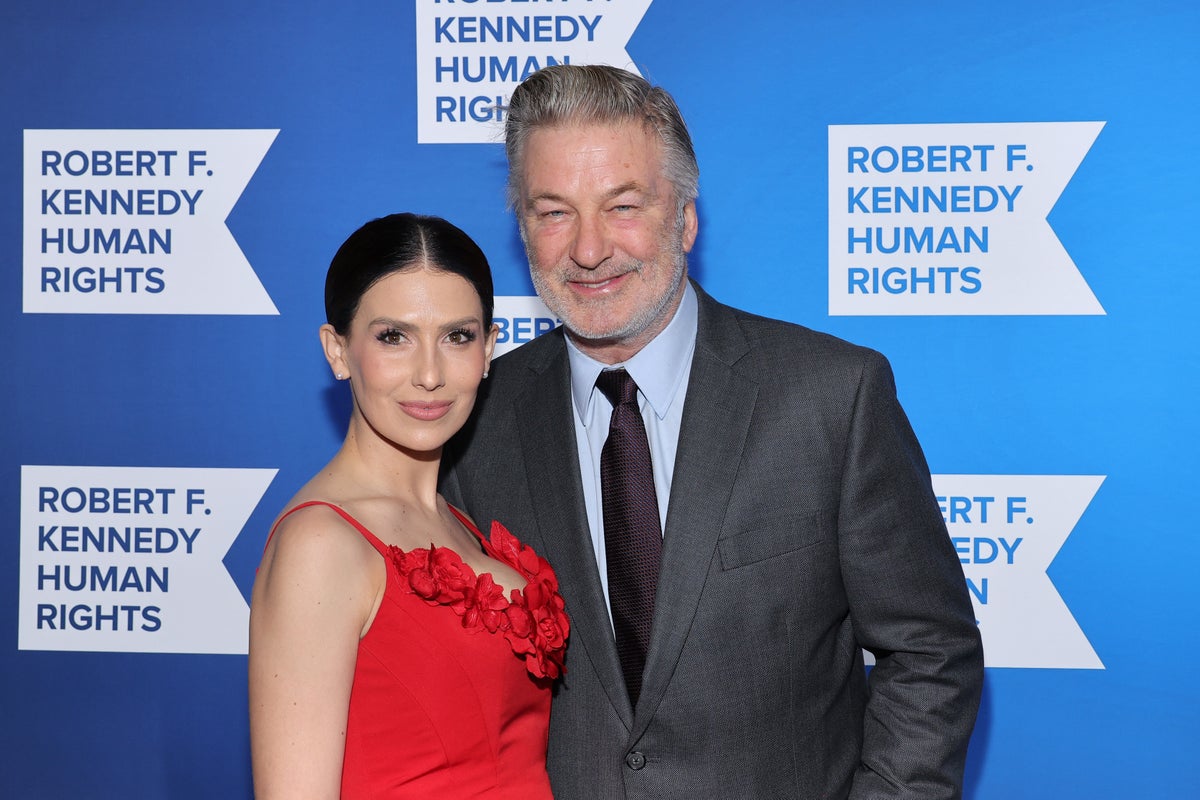 In their more than a decade of marriage, Alec and Hilaria Baldwin have reached many different milestones together.

After getting married in 2012, the pair expanded their family rapidly and most recently welcomed their seventh child in September. They’ve spoken candidly about various aspects of their marriage, including their 26 year age gap.

At the end of last year, the pair also addressed the struggle they’ve endured since the accidental shooting on the set of Alec’s movie, rust, In October 2021, a prop gun being used by Alec fired a bullet; the result fatally wounded the film’s cinematographer Halyna Hutchins and injured director Joel Souza.

During an interview with Extra in December, the 39-year-old yoga instructor opened up about the “tragedy,” explaining: “We’re not OK. We can’t be OK. No one’s OK.

On January 19, the New Mexico First Judicial District Attorney announced that Alec would be charged with involuntary manslaughter for the shooting.

From supporting each other amid controversy to speaking out about some of their personal challenges, including Hilaria’s experience with miscarriages, here’s a timeline of the couple’s 10-year marriage.

Alec and Hilaria met in 2011 and got married the following year.

During an interview with TheThe New York Times In 2012, Hilaria revealed that she first met Alec while at a restaurant in New York City in 2011.

“I was standing near the door with my friends,” she recalled, “when he walked up and took my hand and said, ‘I must know you.'”

The pair started dating in the summer of 2011 and Alec proposed in April 2012. They officially tied the knot in June of that year in a star-studded wedding ceremony.

During an interview with People at the time, Hilaria shared the process behind finding her wedding gown: “I tried on maybe three dresses: one was short, one was a big poofy thing and then this one! I loved it.

The couple welcomed their first child together in 2013.

In August 2013, they announced the birth of their first child, Carmen. At the time, Alec spoke to People about his growing family and the difficult custody battle he went through for his now 27-year-old daughter, Ireland, with ex-wife Kim Basinger.

“It’s a second chance for me, in a way,” he told the publication. “Everybody knows I had a pretty unpleasant custody battle for Ireland.”

They had their second child in 2015, before welcoming their third in 2016.

Alec and Hilaria welcomed their second child and first son, Rafael, in June 2015. They announced the birth of their third child, Leonardo, in 2016.

That same year, they also spoke about their different parenting styles and age gap.

“It’s a generational thing,” the 30 rock the star said during an interview with Elle Decor, “I’m a lot older, and when I grew up there was none of this bargaining and negotiating you do with kids now. Making them understand. My father was like ‘Oh, I’ll make you understand!’ My mother used to hit us with a curtain rod, you know, people used to hit their kids with kitchen utensils. But [Hilaria] is the best mommy, she respects them, she honors them.”

The couple renewed their wedding vows in 2017, a year before welcoming their fourth child.

The couple had a ceremony to renew their wedding vows, after five years of marriage, in June 2017. Their children as well as Alec’s daughter with Basinger, attended the occasion.

In May 2018, they announced the birth of their fourth child, Romeo.

Hilaria speaks out about her two miscarriages in 2019.

In April 2019, Hilaria revealed on Instagram that she suffered a miscarriage.

“There was no heartbeat today at my scan…so it’s over…but I have some pretty strong and amazing heartbeats right here,” she wrote in the caption of her post, which featured a photo of her and Alec with their kids.

In November of the same year, she opened up about suffering another miscarriage — this time four months into her pregnancy. On Instagram, she posted a video of herself telling her daughter Carmen that the baby would no longer be arriving as planned.

“We are very sad to share that today we learned that our baby passed away at four months,” she wrote in the caption. “We also want you to know that even though we are not ok right now, we will be. We are so lucky with our four healthy babies and we will never lose sight of this.”

Hilaria and Alec welcome their fifth child in 2020.

In September 2020, the couple announced the birth of their fifth child, Eduardo. Alec shared a photo of his wife and newborn on Instagram at the time, with a caption that read: “I love you, @hilariabaldwin My karma is your karma. Your karma is mine.

Hilaria speaks out about being accused of faking her Spanish heritage.

In December 2020, a viral investigation began into Hilaria’s ethnicity after a Twitter user accused the yoga instructor of impersonating “a Spanish person”. Hilaria went on to respond to the allegations on Instagram and explained her upbringing.

“I’ll reiterate my story, as I’ve done many times before,” she said in the video. “I was born in Boston and grew up spending time with my family between Massachusetts and Spain. My parents and siblings live in Spain and I chose to live here, in the USA.”

In February 2021, she once again addressed the controversy around her heritage and apologized for not being “more clear” about her background.

“I’ve spent the last month listening, reflecting, and asking myself how I can learn and grow. My parents raised my brother and me with two cultures, American and Spanish, and I feel a true sense of belonging to both,” she wrote in the caption of an Instagram post, which featured a photo of her and her family. “The way I’ve spoken about myself and my deep connection to two cultures could have been better explained – I should have been more clear and I’m sorry.”

They welcomed their sixth child in 2021.

Hilaria and Alec welcomed their sixth child, María Lucía, in March 2021. The podcast host announced her baby’s arrival on Instagram with a photo of the newborn with her siblings.

Hilaria supports Alec after the rust shooting in October 2021

In October 2021, Alec’s prop gun accidentally went off on the set of rust, killing the film’s cinematography and injuring its director. Authorities then began investigating to determine how a live round got into the gun, why crew members who inspected it on the set failed to notice it, and why the gun got fired.

Days after the incident, Hilaria addressed her fears about her husband developing Post-Traumatic Stress Disorder (PTSD). At the time, Hilaria and her family drove from their home in New York City to Vermont.

I brought [Alec] up here because we have to mourn Halyna’s death,” she told the New York Post, “Alec had a really traumatic thing happen, and I am trying to limit the PTSD. You look at what happens to soldiers and police officers when something like this happens, it’s traumatic.”

Two months later, she took to her Instagram story to address the difficult conversations she had with her children after the shooting.

“I’ve had to have some conversations, explaining recent events to my oldest children recently,” she wrote. “You can imagine how heart-wrenching it has been. I am grateful to The Child Mind Institute for guiding me.

That same month, Alec publicly spoke out for the first time after the shooting. On Instagram, he shared a sweet message to his wife, writing: “No matter what I suffer. If I win or lose, anything. Anything. No one can take away from me the joy and love you have given me, @hilariabaldwin.”

Alec and Hilaria welcome their seventh baby in 2022.

Last September, Hilaria announced the birth of her seventh child, Ilaria. On Instagram, she and Alec shared a photo of the newborn. In the caption, she described the baby as “a dream come true” and said that she was “bonding” with her siblings.

Hilaria speaks out one year after the rust shooting.

During an interview with Extra in December, Hilaria addressed how her family was coping with the rust shooting.

On January 19, the New Mexico first judicial district attorney Mary Carmack-Altwies announced that Alec is one of three cast and crew members charged over the accidental shooting.

Baldwin’s attorney has issued a statement in response to the decision. In a statement to The IndependentLuke Nikas said: “This decision distorts Halyna Hutchins’ tragic death and represents a terrible miscarriage of justice.”

Nikas said that he intends to “fight” the charges, and “win”.

For her 77th birthday, Dolly Parton gave her fans a gift — a song that came to her in a dream.

For her 77th birthday, Dolly Parton gave her fans a gift — a song that came to her in a dream.