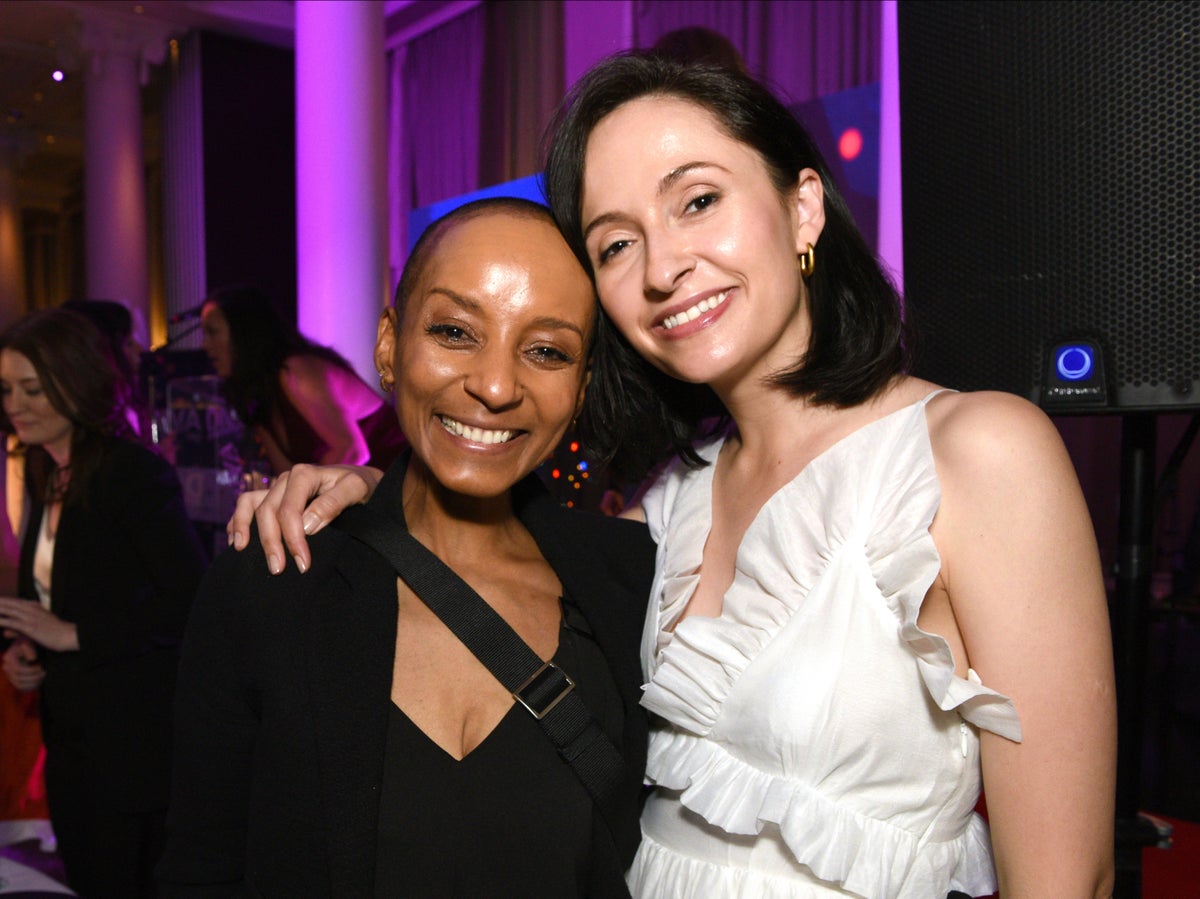 Adele Roberts has praised her fiancée Kate Holderness for being her “absolute hero” during her journey with stomach cancer.

The BBC Radio 1 DJ revealed she was undergoing treatment for the cancer in October and had a tumor removed through surgery.

She now uses a stoma bag that attaches to her abdomen and collects her body’s waste. Roberts had also been undergoing chemotherapy.

Speaking to Hello! Magazine about her relationship with Holderness, the 43-year-old presenter said her diagnosis “brought us closer than ever”, which she admitted “sounds strange”.

“I’ve always loved Kate but since my diagnosis I’ve seen a different side to her. She’s my counsellor, my mentor and the best nurse ever.

“She helped me when I could barely walk and had to shuffle into work at Radio 1. She’s my absolute hero.”

Holderness said: “I’ve always been a timid person but Adele’s illness has unleashed a strength in me I never knew I had.”

Roberts, who appeared on the cover of Women’s Health magazine in May with her stoma bag also pictured, reflected on the day she received her diagnosis.

She said: “After a scan, the doctor broke the bad news. My first question was: ‘Am I going to die – and is it my fault?’

“I felt bad for putting Kate and my family through that, but now I know that getting cancer is nobody’s fault, and that sadly it will happen to one in two of us.”

Holderness added: “I was devastated. But I held back the tears because I didn’t want her to think that I thought she wouldn’t beat it.

“So I went into practical mode, writing down everything the doctor said.”

Roberts has documented her cancer treatment through social media and shares updates regularly with her more than 201,000 followers.

In a recent post, she said she had begun her recovery from chemotherapy.

She wrote in the caption: “I feel like I’m living in someone else’s house at the moment. My body isn’t my own.

“All bloated, sore and it won’t go to sleep at night. I do feel like I’m turning a corner though. Chemo recovery is just as brutal as the treatment itself!”

After Losses Worth More Than Reliance’s Valuation, Indian Stocks Will…