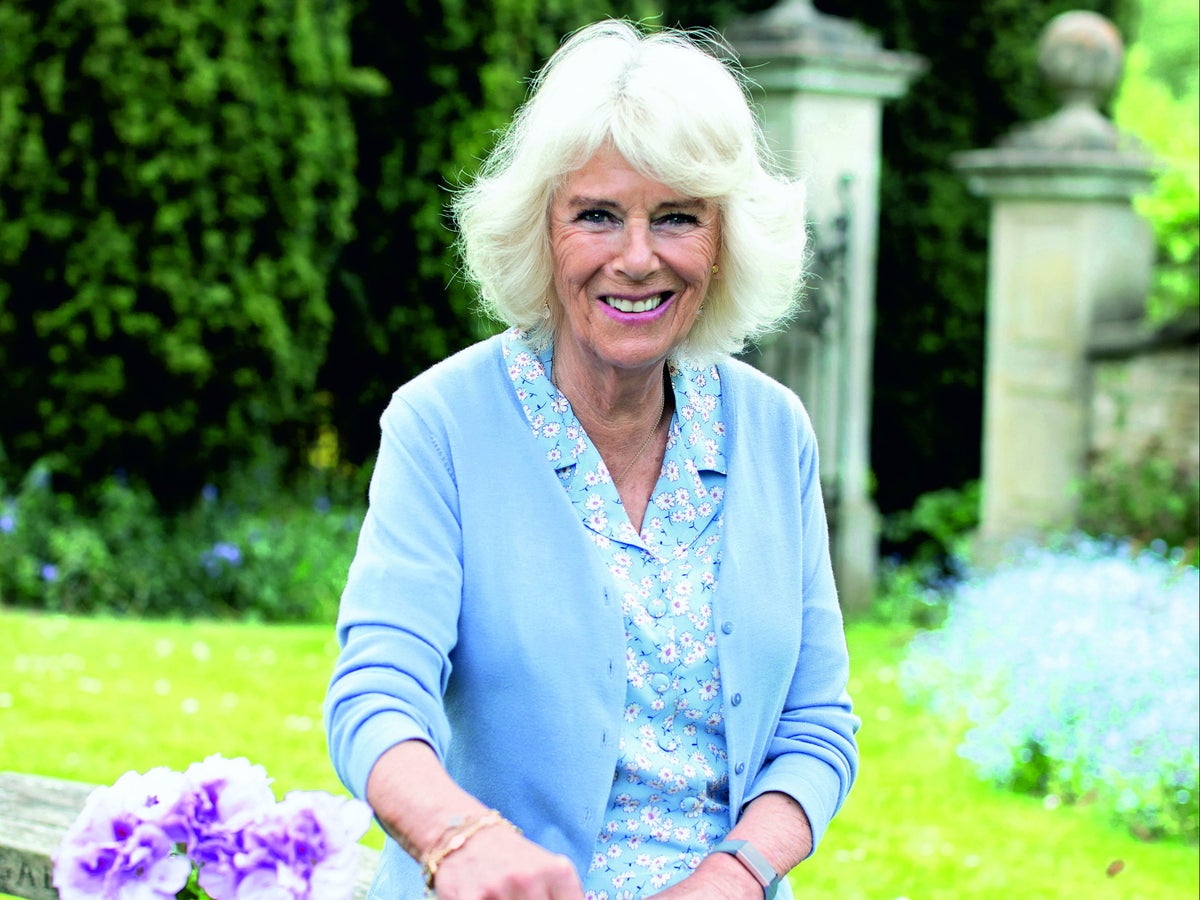 The Duchess of Cornwall has commissioned the Duchess of Cambridge to take her photograph for the cover ofCountry Life magazine’s 125th anniversary edition.

Camilla is the cover star and guest editor for the publication’s special issue, which coincides with her 75th birthday later this month.

Kate Middleton is already a keen amateur photographer and frequently releases her own photographs of her husband, Prince William, and their three children for official occasions.

She is also the patron of the Royal Photographic Society.

The cover image of Camilla shows her looking relaxed and happy on a bench with a trug filled with pelargoniums, while wearing a blue and white floral dress and cardigan.

It marks the first time Kate has taken a formal portrait of Camilla for a magazine, Country Life‘s editor-in-chief Mark Hedges said.

A second photograph taken by Kate appears on the leader page of the magazine.

The informal shot shows the Duchess walking through forget-me-nots at her country home.

Hedges said that the magazine is “honoured to have been chosen to be the first to publish this beautiful photograph”.

“We are thrilled to have our guest editor captured so magnificently by royal photographer the Duchess of Cambridge.

“The photographs are superb and we would be delighted to offer the Duchess of Cambridge another commission!”

Kate photographed Camilla at her retreat in Lacock in Wiltshire.

The property, called Ray Mill House, has six bedrooms and is located 17 miles from the Prince of Wales’ Highgrove home.

Camilla bought the house after her divorce from Andrew Parker-Bowles in the mid-1990s.

The Duchess is the fourth royal guest editor of Country Lifefollowing in Prince Charles’ footsteps.

The future king has guest edited the magazine twice, to mark his 65th birthday in November 2013 and his 70th in 2018.

The latter became the biggest selling issue of all time.

In 2020, the Princess Royal led the magazine for their 29 July issue to mark her 70th birthday, which became another bestseller.

The latest edition of Country Life edited by Camilla will be published on Wednesday.