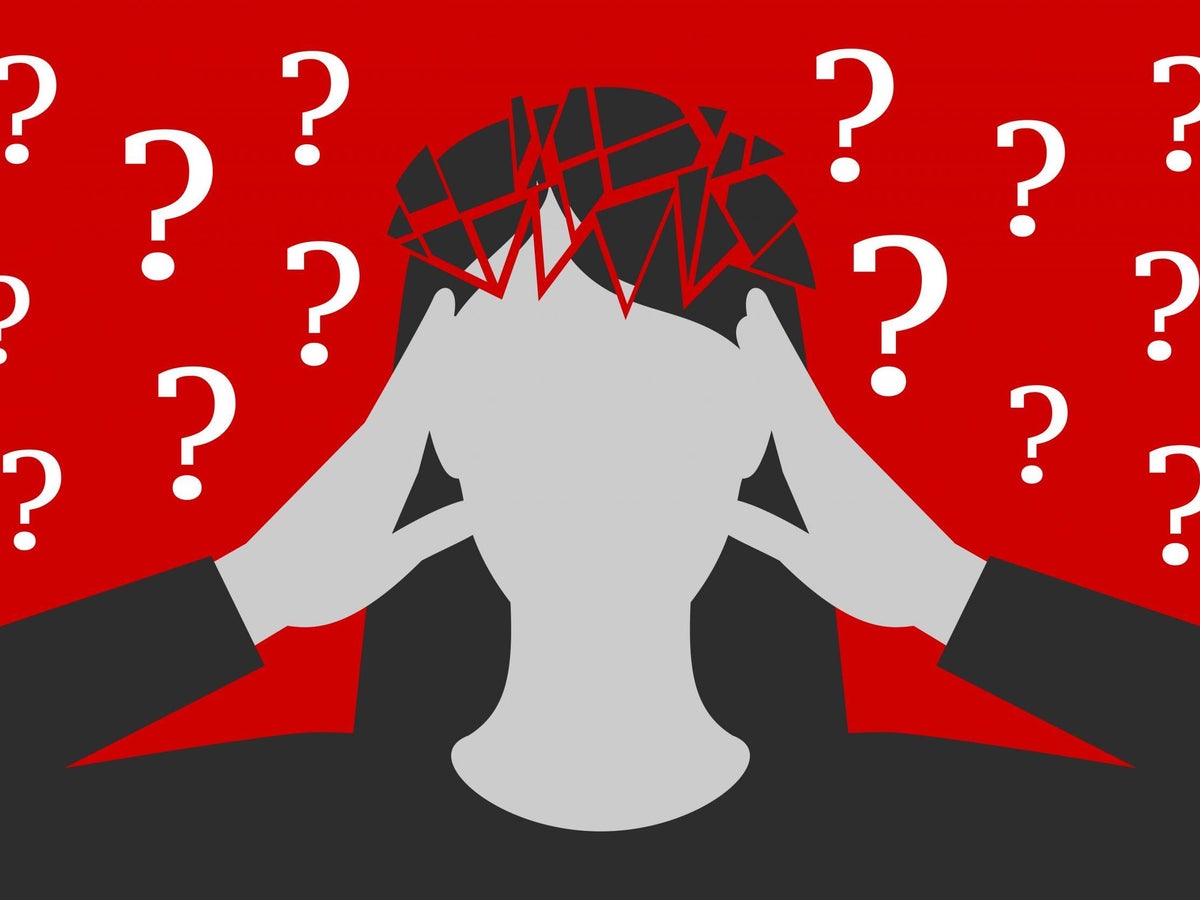 Every year, around 3,000 new cases of cervical cancer are reported in the UK. despite approximately 99.8 per cent of cases being preventable, there are still many misconceptions surrounding cervical cancer. Cervical Screening Awareness Week, an annual campaign led by Jo’s Cervical Cancer Trust, runs from 20 to 26 June 2022. Although cervical cancer can affect anyone with a cervix the term ‘women’ will be used here for brevity. This article was originally published in 2020.

When the letter arrived through her front door, Marianne Nicholson did not open it. The 43-year-old from Northern Ireland knew what the envelope contained and had already decided that after a previous smear test when the nurse chastised her for bleeding, she wouldn’t be responding to future invitations. Nicholson had tried to explain it wasn’t her period but spotting caused by her contraceptive pill, but the nurse had already terminated the procedure. “She [the nurse] was annoyed and I was really embarrassed. After that I disliked smears so much,” she tells me.

“I put it off for years, over the three year mark,” Nicholson continues. Then she started bleeding more heavily between periods. “I just assumed it was my pill [again] but it was bright red which is a huge warning sign,” she says. It wasn’t until her best friend at work intervened and said it wasn’t normal to be bleeding so much, forcing her to attend an appointment together. Following the examination Nicholson was diagnosed with cervical cancer. “I never thought for one minute I had cervical cancer. My friend actually saved my life.”

Nicholson says her naivety (and belief cancer was something that only happened to other people) stopped her from attending an appointment. But she isnt alone. Eleven years after the death of TV celebrity Jade Goody from cervical cancer in 2009, aged 27 – a high profile case that caused a rise in 500,000 extra people attending cervical screenings and was dubbed the “Jade Goody effect” – attendance has dwindled to a 20 -year-low.

The overall decline in numbers may seem small: in 2018-2019 the percentage of women deemed to have been screened adequately was at 71.9 per cent, which fell from 72 per cent in 2017 and 72.7 per cent in 2016. But data released by Cancer Research UK showed rates of cervical cancer have risen sharply. Among 25 to 29-year-olds there has been a 54 per cent rise in cervical cancer rates since 2004.

Athena Lamnisos, CEO of the Eve Appeal, a gynecological cancer charity, says: “Although last year saw a small increase for the first time in 21 years in attendance for cervical screening appointments, 1 in 4 are still not booking their appointment when called. “

Cervical screening, commonly referred to as a smear test, helps to pick up early signs of cell changes in the cervix that can turn into cancer. The tests are free on the NHS for all people with a cervix between the ages of 25 to 64. At your appointment, a nurse will take a sample of cells from your cervix using a small, soft brush. It should take no longer than 15 minutes. Jo’s Trust, a cervical cancer charity, say early detection and treatment through cervical screening can prevent up to 75 per cent of cervical cancers from developing. So why are so many still shunning the appointments or putting the letters straight in the bin?

Jo Varsani, 39, from Chadwell Heath in Essex didn’t go for a smear test for 18 years after her first one as a teenager because the first experience was so traumatic for her. “It was painful, I was a virgin and I was really anxious,” she says. “I was also very conscious of someone judging me and how I looked.” After her appointment things were made worse as she was told she would need to return for another test as they hadn’t been able to collect a sufficient sample. “I ignored the letters and any subsequent requests for an appointment,” she says.

Varsani, who has two children and one step-child and runs a daycare centre, says that not only did her bad experience stop her from attending the smear test but she found it hard to make the time. “When my daughter was young, I was a single parent and so prioritized making a living over and above my health,” she says. (Now she offers other mothers free childcare for an hour when they need to go for smear tests).

It was only when her mother-in-law died of cancer at the age of 61 that she finally decided to bite the bullet and book a second appointment. “Obviously, I have a 16-year-old daughter so I want her to go and have her own smear test when the time comes, and I can only say to her to do it, if I’ve done it too. In my whole life I’ve only had two smear tests and I’ll be 40 this year.”

Carrie Eddins, 44, from the West Midlands, also had a bad experience at her first appointment which has stopped her from going again. “The cold metal speculum, it was excruciating and not remotely something I ever wanted to repeat. It was extremely painful and I bled because of it, the nurse was not remotely compassionate.” Unlike Varsani, Eddins has not yet come to terms with going back ignoring the stream of letters and texts from her local trust.

Clearly some women have bad personal experiences of smear tests which then informs their decision not to go back, but this isnt the case with everyone. The most highly-cited reason for not scheduling smear tests, referenced by all of the women The Independent spoke to was that of misinformation. The narrative around smear tests continues to be that they are universally a painful and embarrassing experience. This, understandably, puts women off. Nicolson says: “You hear through Chinese whispers that it hurts or is embarrassing and then this filters down through the generations.”

Even women who have already been themselves are susceptible to the myths. Lindsay Davies, 35, from Mansfield, didn’t have a smear test for six years and says she would always make “silly excuses” not to go because things she had heard from friends “terrified” her. She eventually decided to go but gave herself an escape. “I said to myself that if the nurse wasn’t very nice I was going to just leave. But the nurse was lovely and really put me at ease, she even gave me a tissue to cover my face. It took ten minutes and there was no pain.

“Far too many people massively exaggerate the discomfort or how long it takes. Basically every part of the smear test is exaggerated to this scary bad thing and in reality it’s five minutes that could genuinely save your life.” Ms Davies was eventually diagnosed with cervical cancer when she attended at 29 and had to have a hysterectomy to treat it. “I went through hell, the implications of not going for your smear test are far reaching.

Lamnisos from the Eve Appeal agrees that misinformation has persisted. “There is still quite a lot of misinformation and fear out there around both HPV and cervical screening.” She says that there needs to be a better understanding of what is going to happen before women arrive at the appointment. “Cervical screening is not a cancer test, it is a preventative test. This means cervical screening, and if needed, follow up treatment can stop cancer before it starts.”

Misinformation was deemed to be so prevalent in 2019 the government started the first ever nationwide TV campaign in England and Wales to encourage women to attend smear tests.

Another reason why people may not attend, which has not been addressed by existing campaigns, Lamnisos says is bigger barriers beyond their control. “For example if they are disabled and hoist dependent and there isn’t access to a hoist in the GP, or [if they are] a trans man or non-binary and fall through gaps in the system or are not invited for the screening appointment to start with.

“Another big barrier might be that they are a survivor of sexual abuse or FGM [female genital mutilation] and have other issues around this specific screening test. For these groups of people that face extra personal, physical or psychological hurdles, extra time, information and support can help make the procedure a bit easier and encourage more people to go when they are due.”

Rebecca Shoosmith, head of support at Jo’s Trust, agrees: “For some groups of women, including survivors of sexual violence, those with conditions such as vaginismus, and women with a physical disability it can be particularly hard, even impossible.”

Whatever the reason for not going doctors want the numbers of women attending to be increasing not dropping. Ms Nicholson says she believes the key to targeting everyone – regardless of their motivations – is to share stories like her own. “Girls need to know what could happen, you could end up like me needing major surgery, chemotherapy, or even worse, dying. They are a vital part of our health and we need to have them done.

“If I had understood how important smears are it would have made me go sooner. We all need to get involved to help bring the message home to young girls and hopefully help eradicate this silent killer.”

You can contact the Jo’s Cervical Cancer Trust free helpline on 0808 802 8000. Click here to check the helpline opening times.​

Despite New Tax Rule, Provident Fund Subscriptions Rise By Over A Third