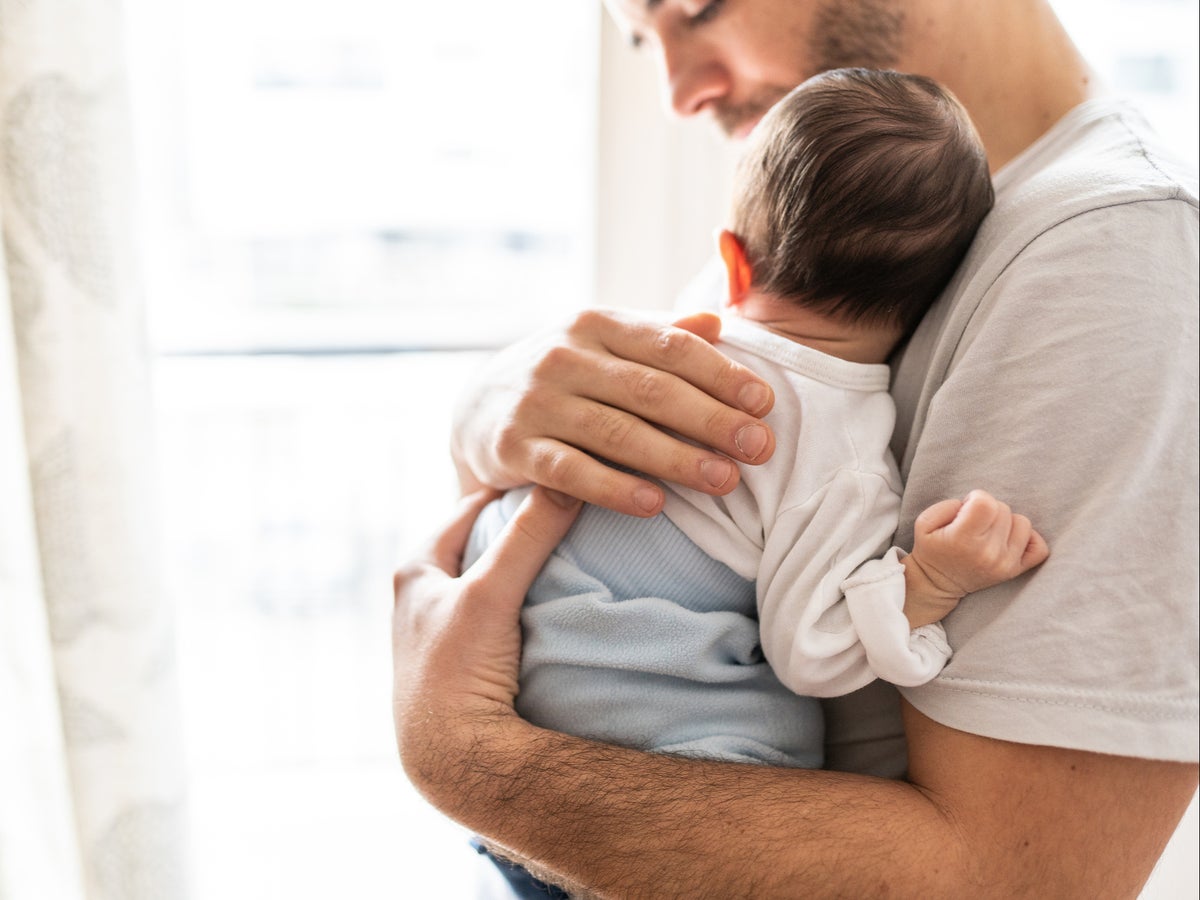 The vast majority of fathers do not think employers are doing enough to support them in the workplace, a study has found.

New data from pregnancy charity Pregnant Then Screwed showed that eight in 10 fathers believe this is the case, while one in seven (14 per cent) who used the shared parental leave scheme said they had faced workplace discrimination as a result.

The survey, 7,763 fathers parents who may take paternity leave, revealed that most other included (80 per cent) felt they did not have enough time to bond with their child in the weeks after its birth.

Around a fifth who wanted to take longer paternity leave felt unable to do so because they feared it would have a negative impact on their career, while one in four said they had continued to work while on paternity leave.

Half of those who had worked while on paternity leave said there was an expectation from their employer that they would do so, despite this being against the law.

In the UK, new dads, or other partners of those giving birth, can take paternity leave, which is either one or two weeks of leave that must be taken in one go, or choose the shared parental leave (SPL) route, which came into force in April 2015.

The employment rights of anyone who takes paternity leave are protected, including their right to pay increases, accruing holiday and returning to work.

But Pregnant Then Screwed’s research found that most fathers do not think their employers are doing enough to support them, with almost half (46 per cent) saying they had changed jobs, or would consider doing so, in order to get better paternity leave and pay .

Of the offered, 80 per cent were only two weeks of paternity leave, and 28 per cent did not take the full two weeks.

One in 10 fathers did not take any paternity leave at all, with more than half saying this was because they couldn’t afford to take it.

Last September, an annual review published by University College London found that the UK’s parental leave policy is the least generous in Europe.

The review noted that while the UK has the longest maternity leave in Europe, it is the worst paid, offering 46 weeks at a low flat rate or unpaid.

Maternity leave in the UK is 52 weeks. If parents choose SPL, mothers can transfer some of their maternity leave to their partners – however, the review said this does not give equal rights to men and women to take time off work to care for newborn children.

Joeli Brearley, founder of Pregnant Then Screwed, said: “Paternity leave has huge benefits for families and the economy.

“It improves the wellbeing and educational attainment of children, it improves the mental and physical health of mothers, and it ensures a more egalitarian split of the unpaid labour.

“Furthermore, couples who have a more equal split of the unpaid labor spend more time in paid work.”

She added: “For too long, fathers and same-sex parents have been denied a fair amount of paid parental leave. This adds to inequality both at home and at work. It’s time to change things up.

“That’s why we’re calling on the government to offer all new parents a minimum of six weeks’ paid leave, at 90 per cent of their salary, when they become a new parent.”

A petition launched by Pregnant Then Screwed has garnered 99,435 signatures and is seeking to gather 150,000.

VHS copy of ‘Back To the Future’ sells for $75,000, setting a new auction record

VHS copy of 'Back To the Future' sells for $75,000, setting a new auction record