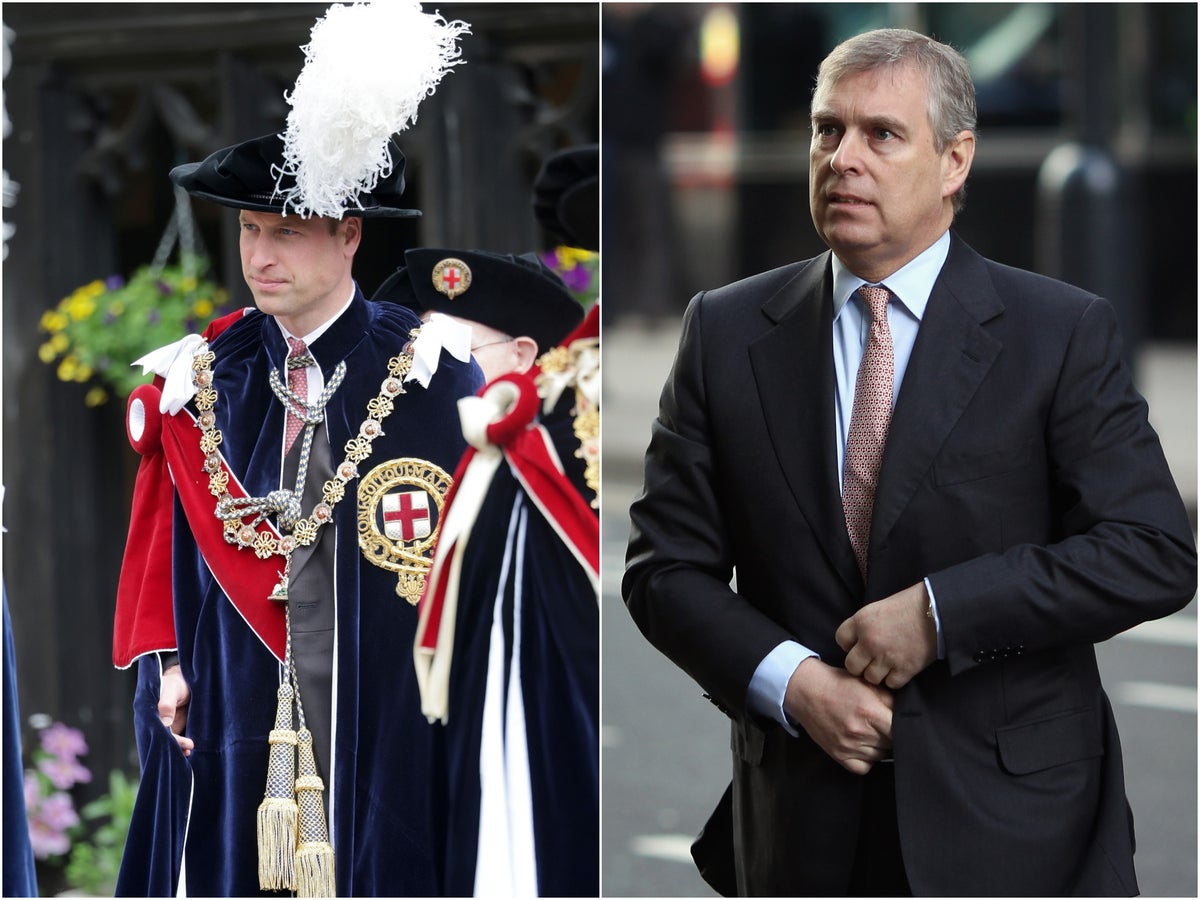 Prince William wants his uncle Andrew to “vanish from public view” in his vision for a modern monarchy, according to reports.

The Duke of York stepped down from public life in 2019 after the furore over his friendship with paedophile billionaire Jeffrey Epstein.

But Andrew is now said to be pushing for a return to royal duties and wants the Queen to give him back his role as Colonel of the Grenadier Guards.

This is something his nephew reportedly does not support.

“He has strong views on the Duke of York and believes his insistence in trying to cling on to a public role is highly dangerous for the institution,” a friend told the Daily Mail,

“He would have cut him loose a long time ago if it had been up to him. He understands that when it comes to mother and son the situation is complicated, but honestly I think he just wishes he would vanish from public view.”

The Duke of Cambridge is said to be a supporter of a slimmed-down monarchy, like his father Charles.

It comes after the Queen stripped Andrew of his military titles and royal patronages earlier this year amid a civil sexual abuse case over the.

The Duke of York was cast out of the working monarchy and can no longer call himself His Royal Highness after Virginia Giuffre, who was trafficked by Epstein, accused him of sexually assaulting her when she was 17 years old.

Andrew has always strenuously denied the.

Andrew ended up paying millions in a settlement to Ms Giuffre, who he claims he has never met.

The agreement came three years after the royal’s 2019 Newsnight interview, in which he discussed his relationship with Epstein and Ms Giuffre’s discussion.

In it, he gave Pizza Express in Woking as an alibi for an alleged encounter with Ms Giuffre and denied claims he was sweaty in the nightclub beforehand as this was impossible for him, as he does not sweat due to an “overdose of adrenaline in the Falklands war”.

Interviewer Emily Maitlis has since described the conversation as “jaw-dropping”.

They Uncover New Fossils, but They Also Bite

They Uncover New Fossils, but They Also Bite