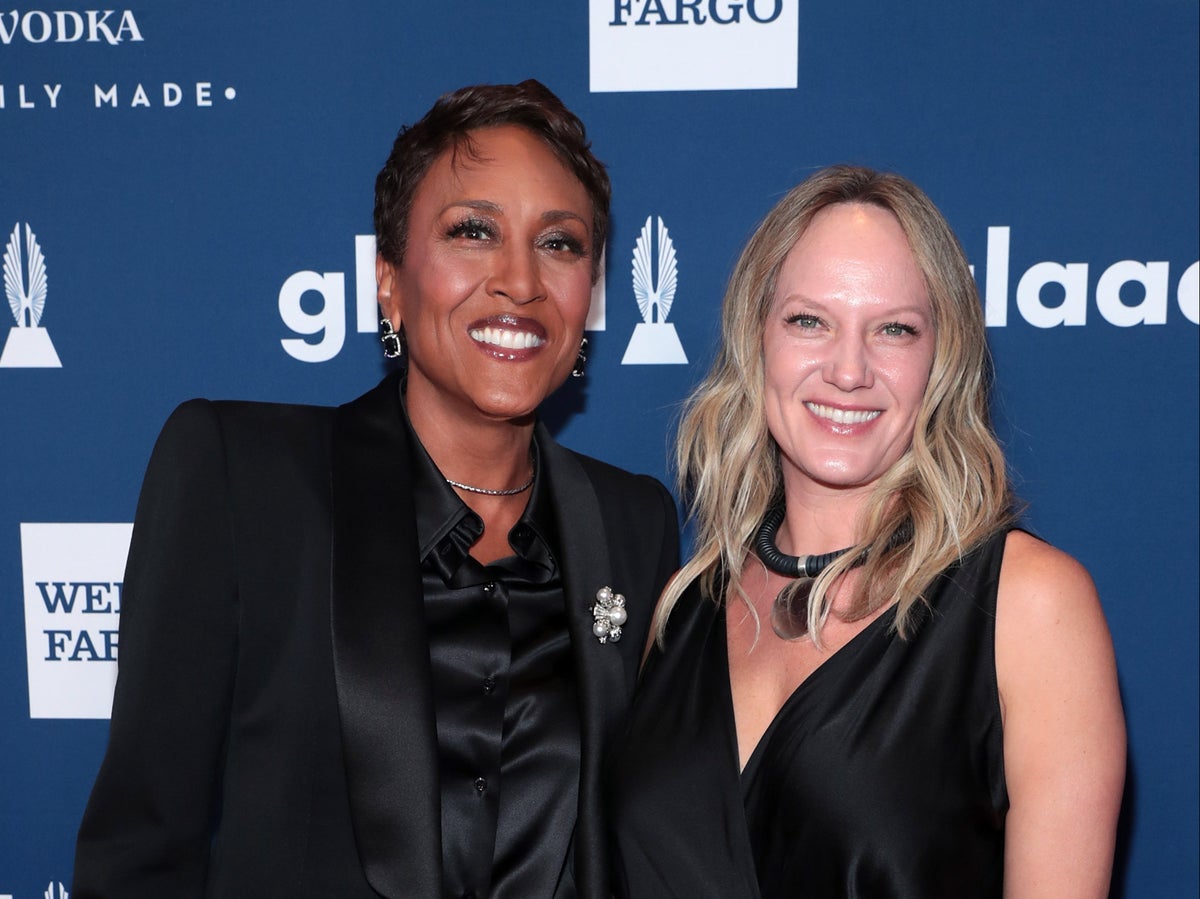 During a segment on ABC’s Good Morning AmericaRoberts spoke to author Gabby Bernstein about her book. Super Attractor: Methods for Manifesting a Life Beyond Your Wildest Dreamswhere the two discussed what things they’ll “say yes” to in the new year.

When Bernstein asked Roberts what she plans to “say yes” to, the 62-year-old TV host hesitated before admitting that she “hasn’t said it out loud yet” what she hopes for in 2023.

“I am saying yes to marriage. We’re getting married this year,” Roberts revealed. “It’s something we have talked about but we had put it off. She became ill and it is saying yes to that and that next chapter.”

Roberts then jokingly fanned herself with her cue cards, saying, “I can’t believe I just said that.”

Robin Roberts and partner Amber Laign have been in a relationship for 17 years. In February 2022, Roberts revealed that Laign was diagnosed with breast cancer in a video shared on her social media. Last July, Roberts praised Laign for completing radiation treatment.

Taking to Instagram, Roberts shared a clip of the moment she announced her upcoming wedding. “Saying YES to marriage in 2023,” she captioned the post, along with a ring emoji.

Robin Roberts and massage therapist Amber Laign have been in a relationship since 2005. Although friends and co-workers knew about Roberts’ sexuality, the broadcaster didn’t publicly acknowledge her same-sex relationship until December 2013 with a Facebook post.

Both Roberts and Laign have each undergone major health journeys throughout their relationship. In February 2022, Roberts revealed that Laign was diagnosed with breast cancer in a video shared on her social media.

“My sweet Amber wanted me to tell you something that she’s been facing,” Roberts said. “At the end of last year, Amber was diagnosed with breast cancer.”

“Thankfully, the prognosis is good, and we’re so grateful to our family and close friends who have known this and have kept it private until Amber was ready to share it with others,” she told viewers.

“We both thank you for all your well wishes and prayers. Proud of her and all fellow Thrivers for your grit and grace during a challenging time.”

Meanwhile, Roberts herself is a survivor of breast cancer and myelodysplastic syndrome (MDS). MDS is a type of cancer affecting blood-forming cells, for which Roberts received a bone marrow transplant from her sister, Sally-Ann Roberts, in 2012.

Reuters reveals PepsiCo to roll out 100 Tesla Semis in 2023