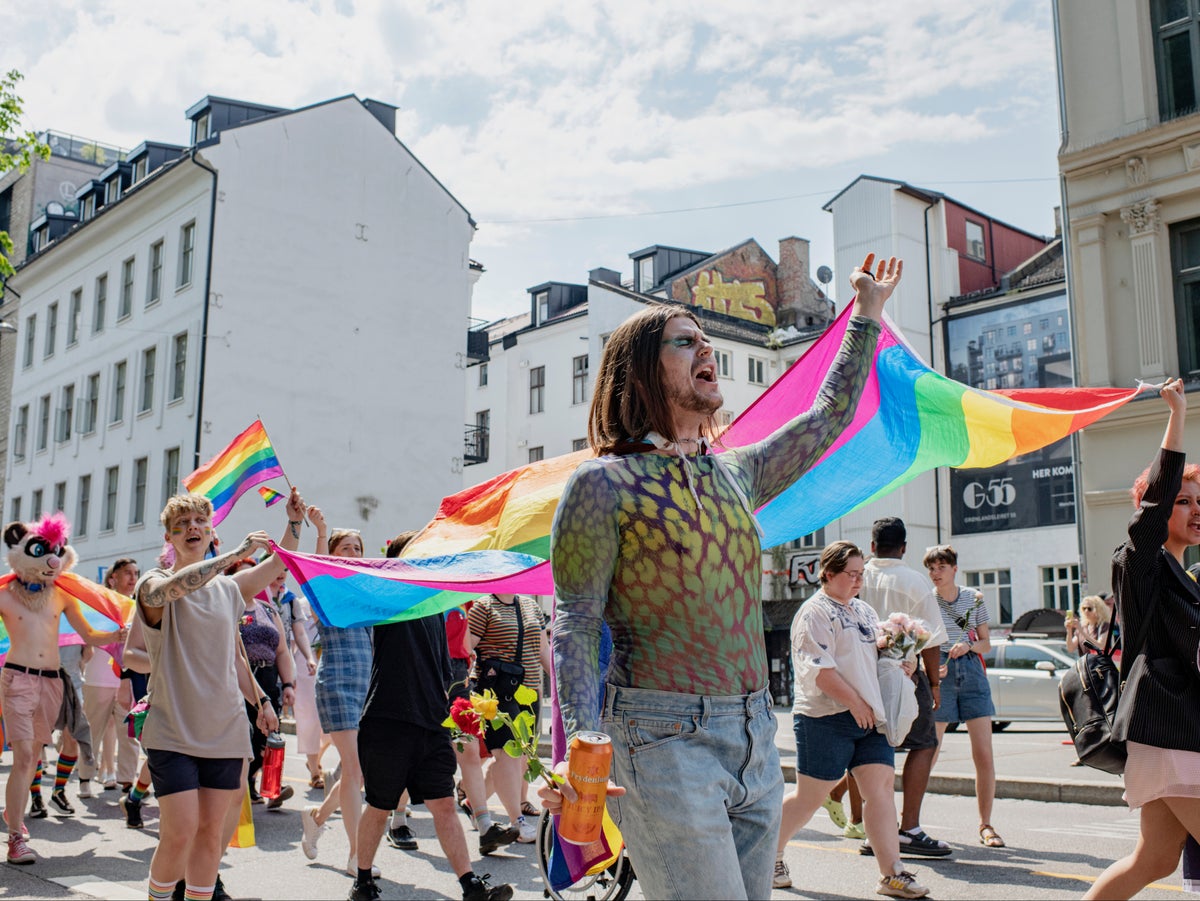 Hundreds of people have taken to the streets in Oslo, Norway to pay their respects after two people were killed and more than a dozen injured in a shooting outside a popular LGBT+ venue in the early hours of Saturday.

A man suspected of opening fire at three locations on a busy nightlife district has been charged with terrorism.

One of the shootings happened outside the London Pub, a bar which describes itself as “the most visited gay venue in Norway”.

The city’s annual Pride parade was due to take place on Saturday but was canceled by organizers upon the advice of police.

Despite the event being formally cancelled, scores of people marched through the capital on Saturday to pay their respects for the victims and show solidarity with the LGBT+ community.

She also shared a photograph of dozens of floral tributes left in honor of those affected.

“After an attack on a gay bar in Oslo last night, Pride was officially canceled but people spontaneously gathered and marched to the bar to leave flowers,” she wrote.

“Seeing people crying, cheering and being courageous to go to the streets is the most beautiful thing I witnessed.”

Other users have also posted photographs of tributes, left at various points throughout the nightlife district.

In a statement via Facebook following the shooting, Norway’s Prime Minister, Jonas Gahr Stoere said the shooting “was a cruel and deeply shocking attack on innocent people” and had caused fear and grief in the LGBT+ community.

“We all stand by you,” Mr Gahr Stoere wrote.

King Harald V of Norway also offered condolences and said he and Norway’s Royal Family are “horrified by the night’s shooting tragedy”.

“We sympathize with all relatives and affected and send warm thoughts to all who are now scared, restless and in grief,” the Norwegian monarch said in a statement.

“We must stand together to defend our values: freedom, diversity and respect for each other. We must continue to stand up for all people to feel safe.”

How We Mourn Covid’s Victims

How We Mourn Covid’s Victims