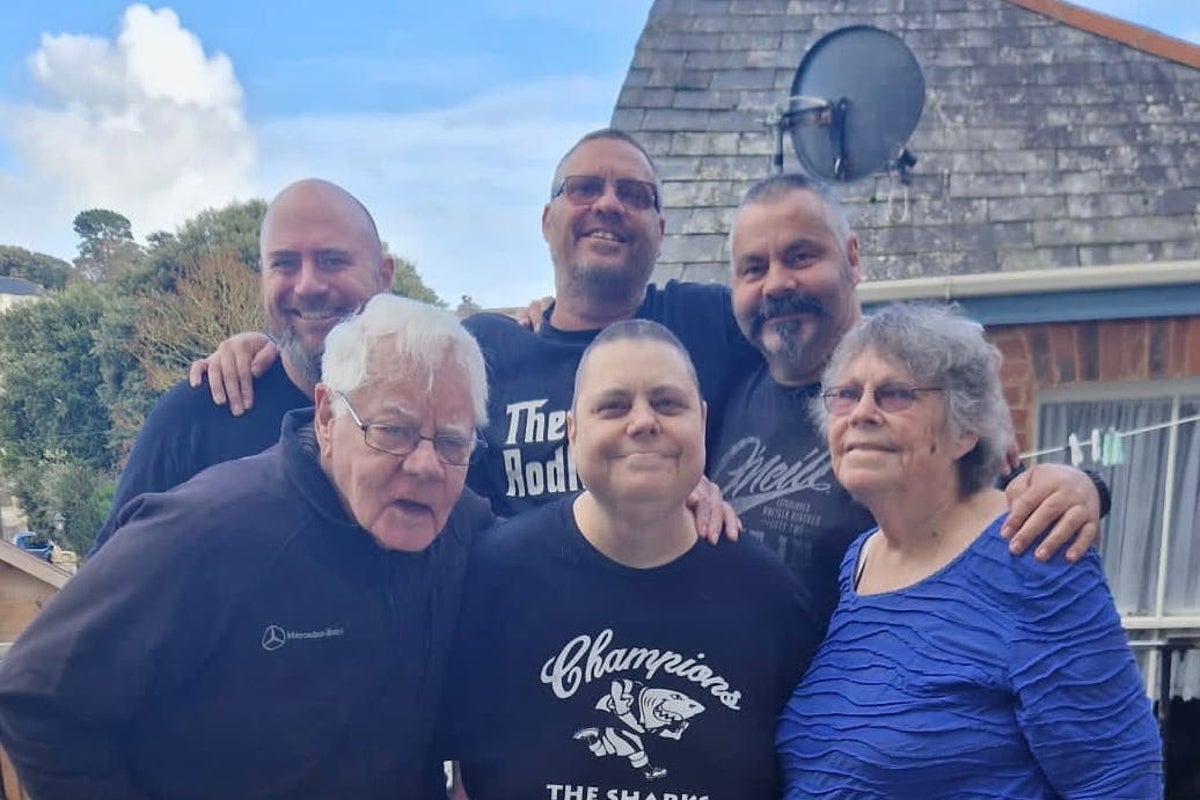 A woman who thought she had shed 40kg in nine months due to stress has discovered she has cancer of the womb – and is now facing the financial pressure of heating her home after the illness and chemotherapy left her shivering cold.

Ann Coates, 48, from Budleigh Salterton in Devon, was taken to hospital in September after experiencing severe pain in her abdomen. Having dropped from 134kg in January to 102kg that day – she discovered she had cancer in both her uterus and the back wall of her uterus.

After finishing two of her six double dose-intensive chemotherapy cycles, Ann now weighs 97kg and said she is constantly cold, left with little energy, with her body “feeling like jello” and unable to maintain body heat.

With temperatures dropping and feeling the cold more than ever, Ann has turned up the heat in her home and wraps herself in several layers of clothing – but fears rising energy costs could make for a difficult winter ahead.

An admin worker currently on sick leave, most of Ann’s income is reliant on her husband David “Dave” Coates, a 50-year-old kitchen assistant, but she is also aided by donations via a GoFundMe page and ardent support from her friends and family.

Ann’s parents have arrived at her home from her native South Africa, where her mother Winnie Francis, 78, is now helping Dave to take care of both her and Ann’s dad, 82-year-old Norman Francis, who has dementia.

She said: “I’m very confident that I’m gonna beat this and I feel that it was caught early enough.

“I have the fighting spirit to beat it, it can’t get me down but I will get it down.”

Ann’s cancer journey began at the beginning of 2022 when she started to lose weight rapidly.

“At first everyone complimented me and told me to share my secret,” Ann said.

“I didn’t realize how much I had lost until my clothes were so loose.

“I lost 40 kilograms from January up to September, not knowing that it’s because I’m actually really sick.

“I wasn’t trying to lose weight, it just happened. I put it down to stress.

Ann discovered her diagnosis in September after a series of bladder infections resulted in her being taken to A&E at Exeter Hospital.

“I kept on having bladder infections and once we got stuck in traffic on the M5 and I couldn’t go to the bathroom for three hours – I was in so much pain,” she said.

“My hubby took me to A&E in Exeter and they ran some tests and immediately said it’s cancer, which was a big shock.

“You go into hospital thinking it’s just a bad infection and they do scans, take blood and do a biopsy to come back and say it’s stage two or three uterus cancer and stage four cancer in the back wall of my uterus.”

She added: “It’s a shock to your system. You think you’re fine and have to tell yourself you’re really not.”

Ann is positive that the chemotherapy will work against the cancer in her body, but the tumors themselves are large enough to have a physical impact on her daily life.

“The tumor is quite big, so when I stand in the bath, it’s as if it’s too heavy and I have to hold it up,” she said.

“With the weight loss you get flabby and I have to hold my stomach. My stomach also gets really swollen so if you’re standing, it’s as if something is pulling you down. I hold it to make it easier.

Ann, who moved to the UK from South Africa with her husband in 2011, said she now feels the cold more intensely as a result of the weight loss and intensive chemotherapy.

“When I’m cold, I try and put clothes on and blankets over me, but I need to put the heating on because it’s not enough,” Ann said.

“My body gets so cold and you just have to try and keep warm so I can get better. Before I wouldn’t be bothered, but now we have to pay more just to make sure I’m okay.”

To ease at least one of her worries, Ann started a GoFundMe fundraiser, hoping to ease the financial pressure of heating her home amid soaring energy costs.

“Dave is the only one working and has to do fewer shifts to take me to appointments, but the rent, council tax et cetera still have to be paid,” Ann said.

“I know it’s temporary and I will get back in the saddle to start working again, but right now he is doing all the heavy lifting.

“With the donations I have gotten from friends and family in South Africa and here in the UK, it takes the money stress away a little bit and I don’t have to lie awake about that too.

“It gives me breathing space to concentrate on fighting the cancer.”

Having done two of her six chemotherapies in the last six weeks, Ann has to do two different treatments in a day to fight the different cancers – one in the morning and the next in the afternoon.

“For a week and a half after the treatment, I am like jello and so exhausted,” she said.

“My bones ache from the inside. It’s a pain you can’t describe.

“The chemo is supposed to shrink the tumor because it is too big to remove at the moment.

“Once it has shrunk, I will have an operation. After the six chemos are done, we will see what course to take after, maybe radiation or another type of chemo if it didn’t work.”

Helping Ann after her chemotherapy sessions are her mum Winnie and dad Norman, who came to visit in July but extended their stay after Ann’s diagnosis in September.

“After the chemo, I can’t get up from the seat by myself,” she said.

“I’m very lucky, because my mom and dad are visiting from South Africa at the moment and my mum is helping me while also caring for my dad, who has dementia.

“She helps me get up, get into bed and have a shower, because I just don’t have the strength.”

Ann’s husband and family are always by her side during her cancer battle — and her twin brothers Norman and Rodney Francis, both 50, have been supporting her too.

“I’ve got an amazing support system,” she said.

“My mum, dad and brother Norman from South Africa came over, as well as my other brother, his twin Rodney, who lives in Oxford.

“When my hair started falling out so badly with the chemo, both my brothers and my husband sat outside with me to shave our hair off together.

“They said they are 100 per cent behind me and there to support me.

“Even my ten-year-old nephew shaved his head in support of his auntie.”

She added: “It just feels like I’m not alone in it all and that I’ve got people that stand beside me and support me. It really means the world to me.”

It is important for Ann to share the message that people should be aware of the cancer risk.

She said: “I would advise everyone over 40 to get a blood test and have themselves checked out. Even the smallest thing can turn out to be cancer.

Namor: Marvel’s waterproof efforts to make him different from Aquaman

Namor: Marvel's waterproof efforts to make him different from Aquaman

Are You Switching to a Heat Pump? We Want To Hear From You.

Are You Switching to a Heat Pump? We Want To Hear From You.