Dollar inflows from next week will improve reserves: SBP governor 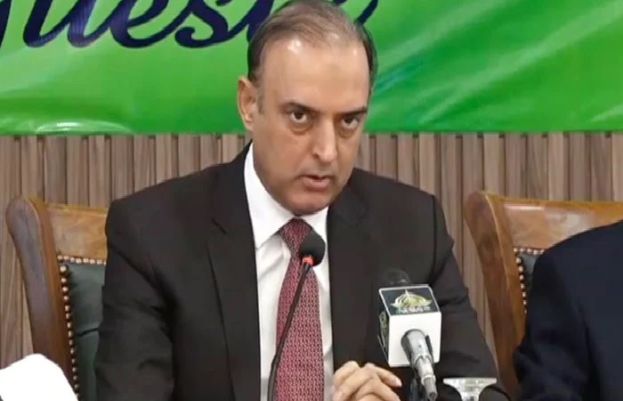 State Bank of Pakistan (SBP) Governor Jameel Ahmad said on Wednesday that the country would start receiving US dollar inflows from next week, which would help shore up the central bank’s rapidly depleting foreign exchange reserves.

Addressing businessmen at the Federation of Pakistan Chambers of Commerce and Industry (FPCCI), he acknowledged that the country’s reserves had fallen quite low but added that projects in the pipeline would help improve them, according to a report by Mettis Global.

In the absence of any dollar inflows from the International Monetary Fund (IMF) or friendly countries, the central bank’s forex reserves dropped to $4.34 billion in the week ending Jan 6, the lowest since February 2014.

The country has been facing a serious dollar shortage, which is resulting in restricted imports of even food and industrial raw materials. The latest position of foreign exchange reserves reflects that the country doesn’t have enough dollars to cover even one month of average imports.

While the central bank had lifted curbs on the imports of several essential items required as raw material earlier this year, several associations across different sectors have complained that the non-opening of letters of credit (LCs) is creating shortages, with several companies suspending operations. in recent months.

In his address today, SBP Governor Ahmed explained the move to restrict imports, saying that banks had been directed to prioritize the opening of LCs for imports of food, pharmaceutical items, oil, agriculture-related items and raw material required by export-oriented industries. .

“Of course, when we export, our inflows increase. We set some priorities to facilitate [exporters] so their businesses could continue and there was no negative impact on exports.

“We tried to prioritize these sectors and then we said banks could facilitate the rest of the sectors if they had liquidity,” he said. However, this did not mean that other sectors were not important for the central bank, Ahmad added.

“We have to facilitate them but within our capacity and [level of] flows. Obviously, we do not have dollars available locally.”

Remittances, export proceeds and foreign loans help build the State Bank’s capacity to support businesses, the governor noted. “Therefore, we are focusing on our capacity and intervening administratively to [curb] imports so they remain at a reasonable level,” he added.

He said the central bank would make an action plan soon to facilitate the opening of LCs. “I assure you these are top-priority issues for us,” he stressed.

He noted that the SBP had allowed imports on a deferred payment basis, beyond 365 days, from shipment date.

Imports funded by foreign exchange available with the importers and raised through equity or project loan/import loan from abroad had also been allowed, he recalled.

If banks were not implementing the directives, then the State Bank would take it up with them, he assured.

Reserves have been in sharp decline since the beginning of fiscal year 2023. Analysts expect high inflation and low industrial output in the months ahead as production is being squeezed due to the unavailability of imported raw materials.

Manufacturers associated with the Karachi Chamber of Commerce and Industry claimed recently that banks were not even processing $1,500 payments for the import of spare parts — a phenomenon that is bringing the entire supply chain to a standstill.

Alec Baldwin to be charged in fatal 2021 “Rust” shooting