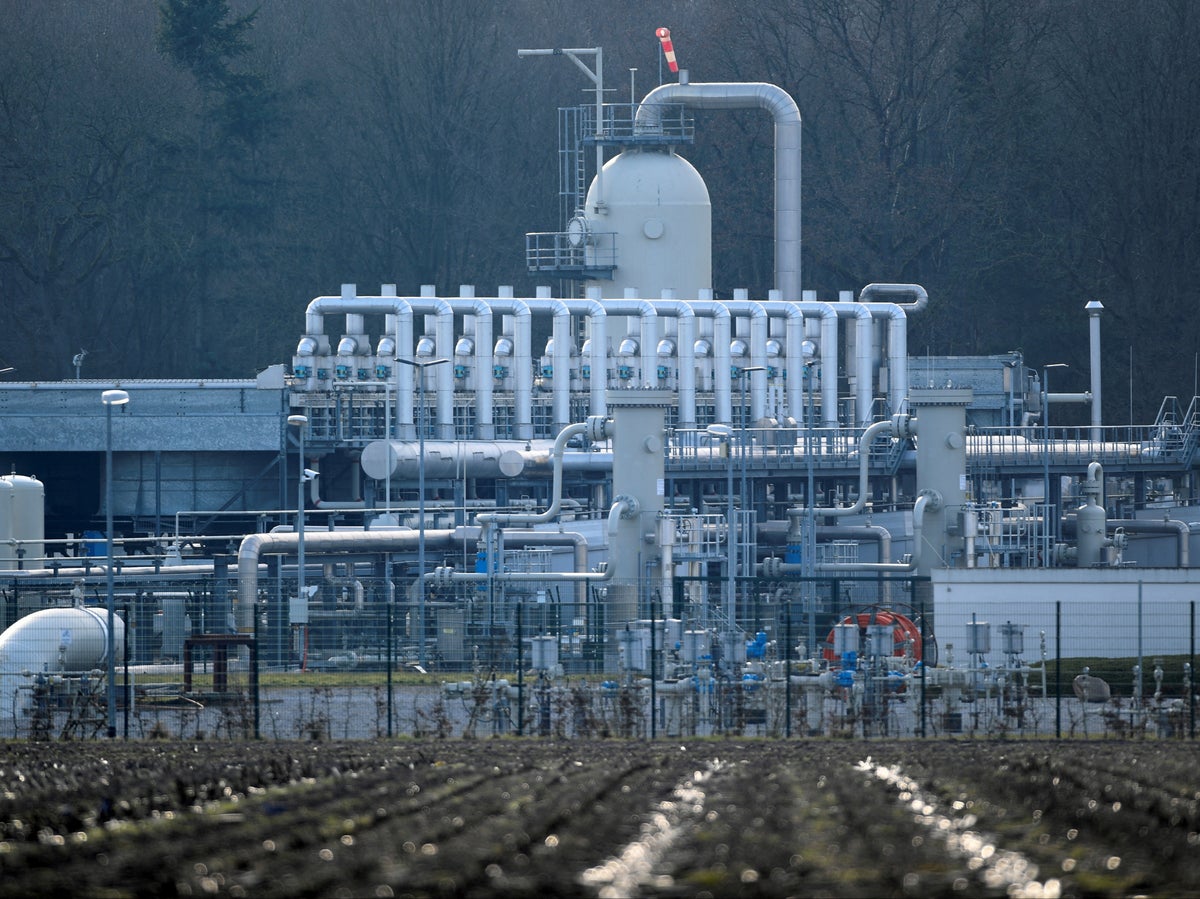 European natural gas prices have dropped below €100 per megawatt-hour (MWh) for the first time since Russia cut its exports during the summer in response to EU sanctions over its invasion of Ukraine.

Dutch TTF gas futures, the benchmark European contract, dropped as low as €93.35 per MWh on Monday, the lowest since mid-June.

The price represents a drop of almost 20 per cent compared to Friday’s prices and 70 per cent lower than the prices recorded in August, when they rose above €300/MWh.

Concerns over potential winter shortages have been eased by mild temperatures, so far, and gas storage tanks reaching more than 90 per cent capacity – helped by Russian pipeline supplies.

The Nord Stream 1 pipeline, one of the main conduits from Russia to Europe, has been cut off indefinitely by suspected sabotage. Russian gas now only accounts for 9 per cent of the EU’s supply, down from 40 per cent last year.

Prices also drop when there is more “floating storage” of LNG. It was reported over the weekend that there has been a bottleneck of dozens of vessels carrying LNG that have been unable to dock in Spain due to a lack of unloading slots.

Commenting on the price drop, James Waddell at Energy Aspects said that prices were falling in the short term because of “limited storage capacity remaining, low gas demand because of mild weather, and congestion in bringing in LNG (liquefied natural gas) and flowing it east within Europe”.

Despite this increase in gas supply, the lower price is still much higher than the €20 to €40/MWh range that natural gas is largely traded at over the past 10 years.

Regardless, the price drop will be a boost for EU leaders who are working to cap the price of natural gas amid rising inflation rates and sluggish economies of their countries.

Last week, leaders of EU member states met in Brussels, where they struggled to find immediate solutions on how to deal with the energy crisis.

“There is a lot of work ahead,” said Belgian prime minister Alexander De Croo. “We are pushing ourselves into unchartered territory, where we don’t have experience yet.”

After the day-long talks on Thursday, the 27 EU leaders agreed to continue working over the coming weeks on ways to impose a gas price cap in case of future price spikes.

Speaking at a Moscow energy forum, he said it was up to countries in Europe to decide if they wanted to resume supplies.

Mr Putin said: “Russia is ready to start such supplies. The ball is in the court of the EU. If they want, they can just open the tap.”

Should disposable vapes be banned?

Should disposable vapes be banned?