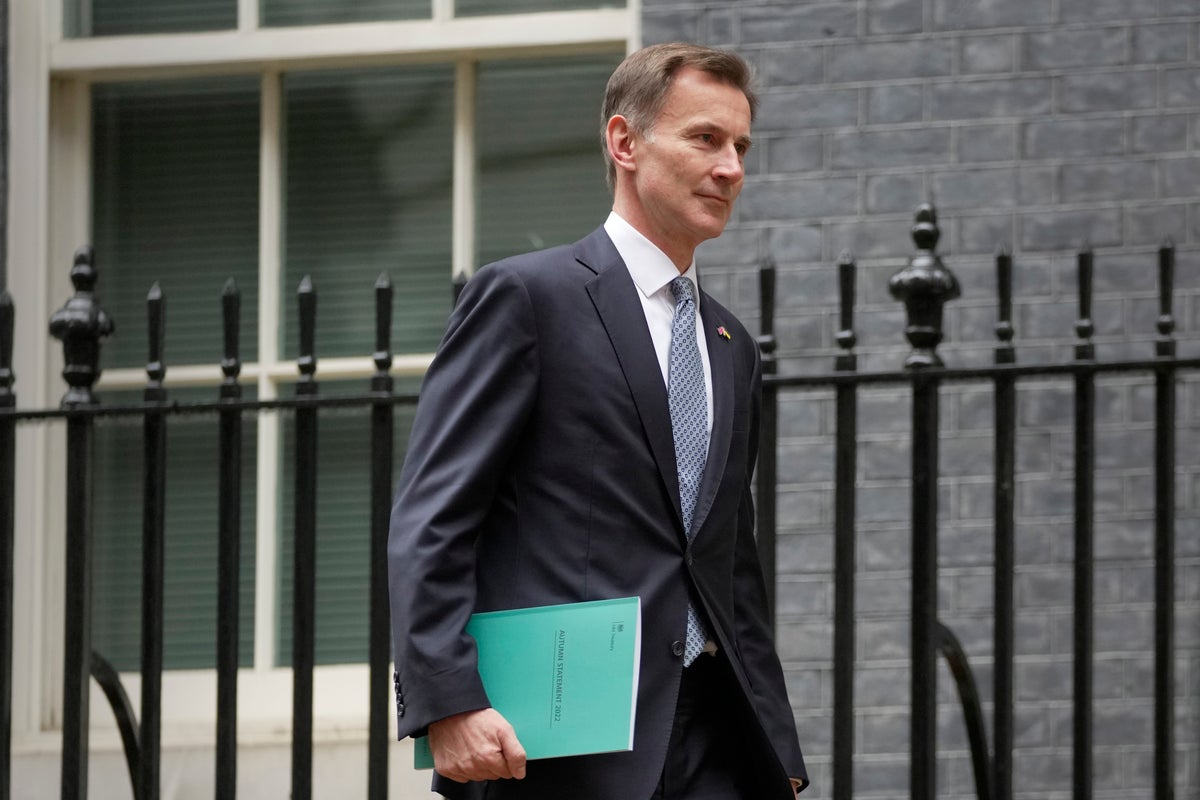 Mr Hunt vowed to stick with the “tough decisions” needed to balance the books, as the mounting cost of the energy support schemes and soaring debt interest pushed borrowing to a December record.

The chancellor is said to be preparing to disappoint frustrated Tory MPs who backed the Truss government’s plan for radical tax cuts with a “slimmed down” budget in March.

The official figures showed borrowing was sent rocketing higher by nearly £7bn in costs from energy support schemes, with the ONS estimating the government spent £5bn last month on its energy price guarantee capping annual bills, with a further £1.9bn paid out for power billsupport payments.

Mr Hunt said the government was making “tough decisions to get debt falling”, adding: “Right now we are helping millions of families with the cost of living but we must also ensure that our level of debt is fair for future generations.”

The chancellor added: “We have already taken some tough decisions to get debt falling, and it is vital that we stick to this plan so we can halve inflation this year and get growth going again.”

Interest payments on government debt jumped from £8.7bn to £17.3bn year-on-year last month – the highest December on record and the second largest in any single month – as a result of sky-high inflation.

In the financial year to December, the government’s debt interest bill jumped to £87.8bn and Britain’s fiscal watchdog, the Office for Budget Responsibility (OBR), is estimating it will rise to £115.7bn by the end of the full year in March.

The government is paying a hefty price for the energy price guarantee scheme, launched to help households cope with painful gas and electricity bills by capping the annual bill at £2,500.

The support will become less generous, with the cap increasing to £3,000 in April. Businesses are being offered similar help, but this too will be cut significantly from the end of March.

The government is also paying households £400 each over six months to help with bills. The cost of this is adding to the impact of inflation, which has hit more than 40-year highs due to the energy and cost of living crisis, given a large chunk of public sector net debt is inked to the RPI.

It comes as reports claim the government is considering raising the retirement age from 67 to 68, set to happen in 2046, before the end of the 2030s.

Treasury officials are said to want the change to come in as early as 2035, according to The Sun, But work and pensions secretary Mel Stride is reportedly pushing for 2042 because rises in life expectancy have not materialised.

Mr Hunt and Rishi Sunak were warned they were “playing with fire” if the change came before the next general election, although it would raise billions for the nation’s struggling finances.

UK museums ask for children to inspire action through art

UK museums ask for children to inspire action through art