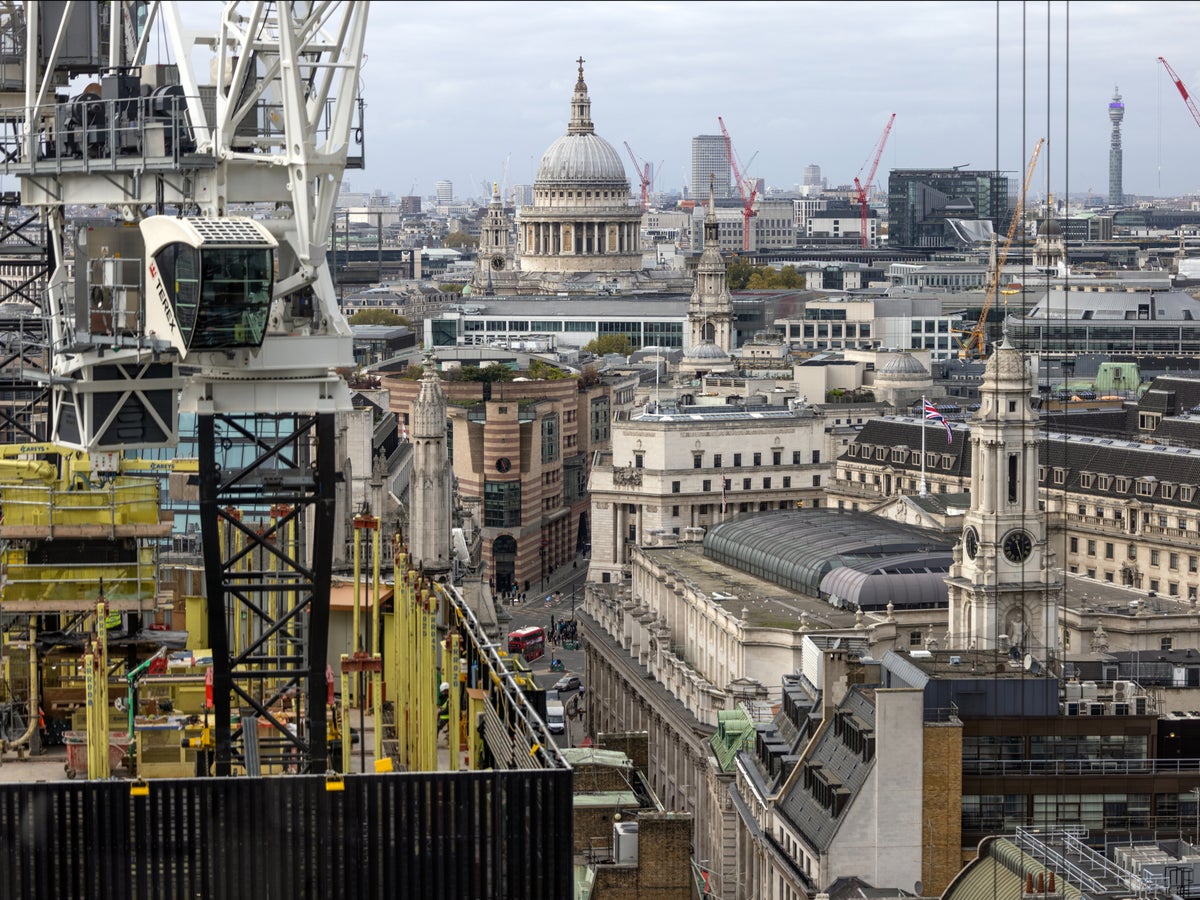 Sign up to our Brexit email for the latest insight

Britain has lost its position as Europe’s largest stock market, as Paris overtook London for the first time since records began in 2003.

While Rishi Sunak and his chancellor Jeremy Hunt prepared to announce tens of billions in tax hikes and public spending cuts in Thursday’s autumn statement, concerns over growth loomed large in Britain’s fall from the top spot.

According to Bloomberg, the combined market value of primary listings on Monday on the Paris bourse ($2.823tn) surpassed that of the London Stock Exchange ($2.821tn) – finally closing a gap of around $1.5tn which has been narrowing since the Brexit referendum.

In response, one recently-departed member of the Bank of England’s monetary policy committee – which is warning of the longest UK recession since the 1920s – lamented that leaving the EU has “permanently damaged” not only the City of London, but “the UK economy as a whole”.

The milestone shift on Monday came as French stocks were buoyed by optimism over the demand for French luxury goods in response to China’s slight easing of Covid-19 restrictions, while the sharper fall in the pound’s value against the dollar compared with that of the euro this year has also played a role, Bloomberg noted.

While the UK’s FTSE 100 index has remained relatively stable this year, thanks in part to export revenues boosted by a lower pound, the FTSE 250 index – comprising smaller, medium-sized businesses – has plummeted in value by 17 per cent.

This fall has been fueled by concerns over rocketing energy bills and interest rates, the latter of which surged in the wake of Liz Truss’s disastrous mini-budget which spooked investors with her rapidly-announced raft of unfunded tax cuts.

Her successor, Mr Sunak, is now seeking to restore the UK’s economic credibility with a series of tax hikes and spending cuts – sparking fears of the impact such a move will have upon economic growth and public services already reeling from a decade of austerity.

Speaking as Office for National Statistics figures showed that Britain’s was the only G7 economy to shrink in the three months to September, the chancellor said on Friday he was “under no illusion that there is a tough road ahead” requiring “extremely difficult decisions to restore confidence and economic stability”

“But to achieve long-term, sustainable growth, we need to grip inflation, balance the books and get debt falling,” Mr Hunt insisted, adding: “There is no other way.”

However, Michael Saunders – an economist who, until August, spent six years as one of the nine members on the Bank of England committee responsible for setting interest rates – suggested on Monday that, were it not for Brexit, “we probably wouldn’t be talking about an austerity budget this week”.

Describing a “challenging” period involving the Brexit vote, depreciation of Sterling, political uncertainty and the coronavirus pandemic, Mr Saunders suggested that “perhaps the main legacy” of this is that “the economy’s potential output – what it can produce without generating inflation – has been weak”.

Citing a recent Bank of England report suggesting the economy’s potential output faces growth of less than 1 per cent a year in the near future, he added: “That implies low growth of living standards and a constant battle over whether to raise taxes or to cut public spending.”

John Aniston, ‘Days of Our Lives’ actor and Jennifer Aniston’s father, dead at 89